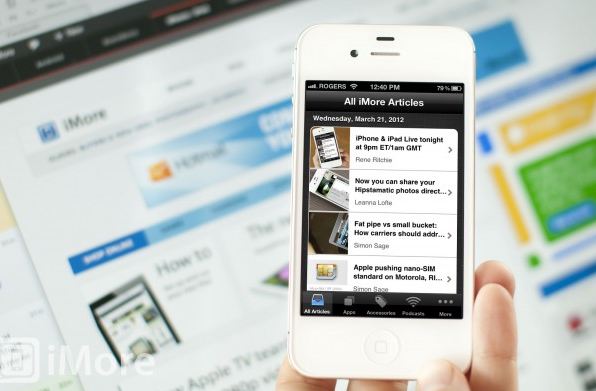 We’ve heard all sorts of wild rumors about what we can expect from the next iPhone, whether we decide to call it the iPhone 5, the iPhone 5.1, the iPhone HD, the iPhone LTE, or simply the new iPhone. Now, some of those rumors are getting substantiated.

For starters, the new iPhone is practically a shoe-in for LTE connectivity. The new iPad introduced LTE to the Apple family and there is no reason to think that the iPhone won’t get it. Also, even though there have been rumors of the new iPhone going as big as 4.6-inches for its display, it’s much more likely that Apple will stick with the 3.5-inch panel or somewhere in that similar range. It might get bumped up to four inches, but it will be “nowhere near” the 4.5+ inch Android superphones.

Apple looks like it’s going to introduce a new “micro-dock” connector to replace the standard 30-pin dock connector that we’ve seen in iDevices for years. This will free up some space for other components, much like the switch to the micro-SIM in 2010.

And finally, the most likely release window is October 2012, putting it in line with the schedule seen with the iPhone 4S last year. That would give Apple enough time to work on and refine iOS 6 too, which will likely launch alongside the new iPhone.