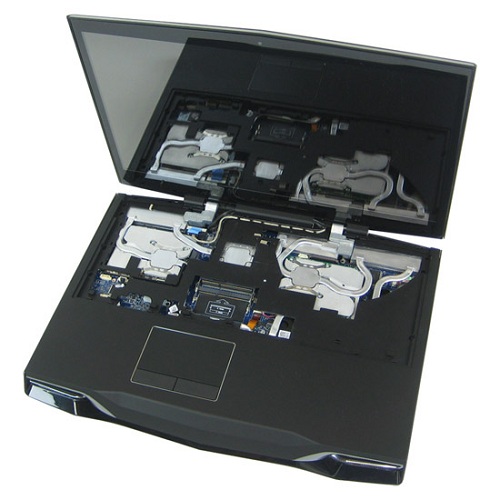 Air cooling for notebooks is cool enough, so long as you are sticking to simple processes on the machine. That’s why liquid cooling is suggested by many experts, and hard-core gamers; liquids are a whole lot more efficient when it comes to transferring heat from one place to another. We are not sure whether notebook manufacturers are working on a liquid cooling system for laptops, but the guys from Asetek have just demonstrated one.

Asetek has managed to add a prototype liquid cooling system into an Alienware M18x gaming laptop which is equipped with an Intel Core i7 running at 3.5 GHz and dual AMD Radeon HD 6990M graphics cards. This is exactly the type of notebook which needs a better cooling system.

As you may know, laptops these days coming with high-end specs have to use two or three separate cooling systems. There will be a fan and a heat sink for each CPU and GPU. Multiple systems mean that the cooling system for one part of the notebook cannot be utilized for cooling another part. 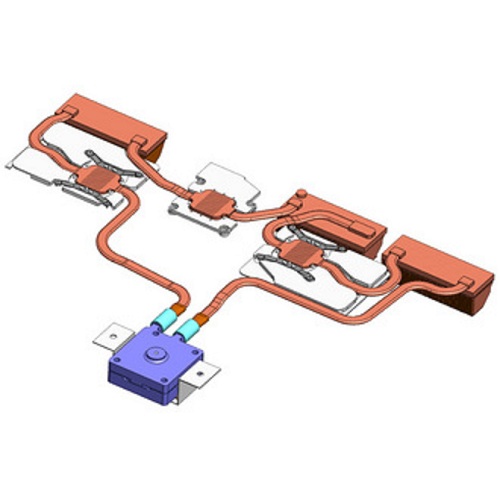 The liquid cooling system introduced by Asetek will circulate through different parts of a notebook which need cooling. This system will be more effective when compared to heat pipes and fans. According to benchmarking data, the performance of the liquid cooled notebook increased 18% to 23% and the laptop’s fans were running slower and quieter.

There are no hints regarding commercial availability, but if the system is coming, it appears like it will be available only with beefy notebooks. Hopefully, it won’t come with a hefty price tag too. Check out the video to learn more about it.