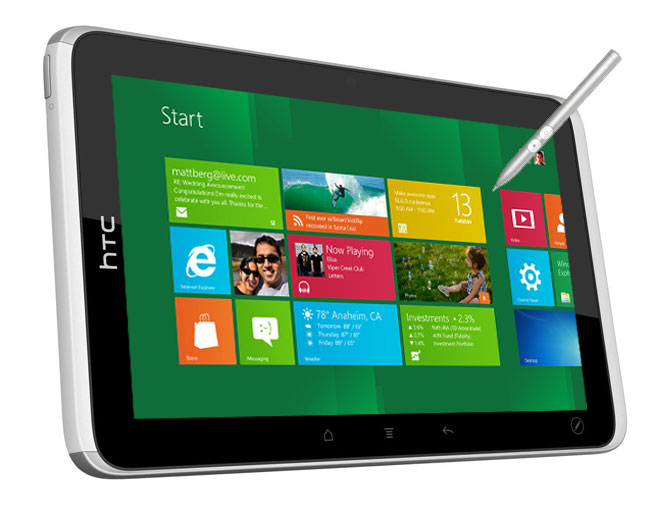 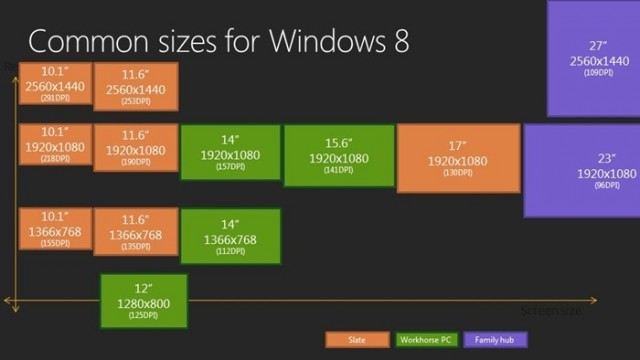 When it comes to mobile display resolutions, particularly in tablets, 2012 seems to be a year of major change. It wasn’t long ago that 1024 × 768 was a commonplace resolution and even 640×480 wasn’t that unheard of. Now we have the new iPad with its 2048×1536 Retina display, and at MWC 2012 Asus unveiled an updated version of the Transformer Prime that will feature a 1920×1200 resolution.

It is clear that the future lies with high-resolution mobile displays, something that Microsoft talked about recently in a new Building Windows 8 blog post.

In the blog post Microsoft’s David Washington detailed how Windows 8, which is on its way later this year, will handle a multitude of different equipment and display setups, including the way that Metro will scale itself with different resolutions. At the standard 1366×768, no scaling will be needed but at other resolutions this is going to change in order to make the UI look and work as best as possible. With a 1920×1080 resolution there will be 140% scaling applied and for 2560×1440 resolutions there would even be 180% scaling.

So what does this mean exactly? In laymen’s terms, you pretty much get the same amount of information onscreen regardless of the resolution you are in. This gives the Metro UI a consistent look, that hopefully translates over to an easier design optimization experience for app developers.

Washington’s blog post even included a picture that showed the most common resolutions and screen sizes, showing off that Windows 8 will indeed support higher resolutions. Will this result in as attractive or useable experience as the new iPad? That’s hard to say, but there are many who don’t think it will. One such fellow is the Windows guru, Paul Thurrott.

In his own words:

“Windows is just never going to be as simple and elegant as the iPad, and that’s particularly true in this (high-density display) area. Windows’ diversity of devices, as always, remains both a blessing (choice) and a curse (inconsistency).”

Either way it is great to see the Microsoft is forward-thinking about concepts like higher resolution displays, scaling, and how to give the most consistent and useable UI experience it can with Metro. Will any of it make a difference as Microsoft attempts to enter into the tablet space against Apple and the Android tablets? I have my own theory on that, but I’d love to hear what you have to think about it as well.