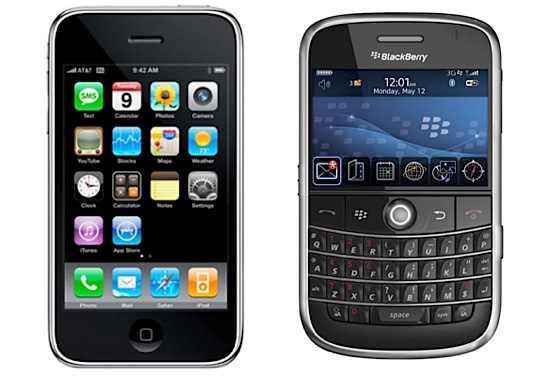 It was inevitable. We all knew this day was coming and now it has finally arrived. Research in Motion’s BlackBerry line of smartphones was once the crowning achievement of Canada’s tech field, but its reign has drawn to a close. Apple’s iPhone has officially outshipped the BlackBerry on its home turf.

Data was compiled by Bloomberg and IDC for the number of handsets shipped in Canada. In 2011, RIM shipped 2.08 million BlackBerry smartphones; Apple was able to ship 2.85 million iPhones over the same period. Contrast that to 2008 when RIM outperformed Apple by a ratio of five to one. The shift has been steady and clear since then.

It’s not just in its native Canada that Research in Motion is hurting. Even though the BlackBerry still holds its place in the Middle East and Indian markets, that market share is quickly dwindling as consumers increasingly shift to Android smartphones, particularly those from Samsung.

The hope is that the QNX-powered BlackBerry 10 smartphones (you might know them as BBX) will reverse the trend, but I’m not exactly staying optimistic. It’s not like the PlayBook has been a white knight for the Waterloo, Ontario company either.