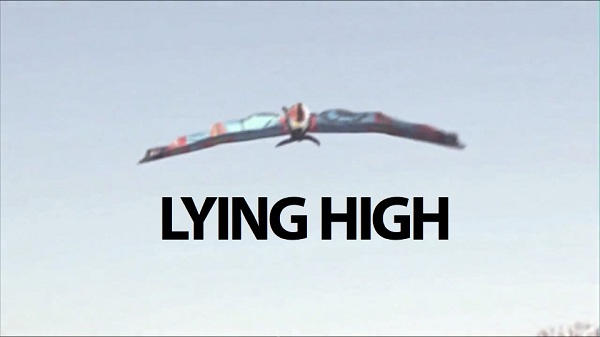 Reports about a man flapping his engineered wings and flying are circulating all over the internet. Although there have been mixed reactions from experts around the world, many strongly believed that the video involved was not a fake, probably because everyone loves the idea of flapping their wings and flying to the office or the park. But it appears like the whole thing was without a doubt, a pretty good fake.

Gizmodo got in touch with some of the experts in the field of CGI and here are some of the reactions they got:

“Okay, so I don’t see any glaring visual problems, but that’s expected when the quality is as shitty as this. But that’s the first thing that makes me question its authenticity. They’re able to afford to build this thing, but can’t invest in proper video equipment, or… a tripod. If I were to make a fake video with the intention of going viral, I would make certain that the quality was as poor as possible to disguise any flaws in poor cg work. Another big visual issue I have with this video is the stability of his head during flight. Try and keep your head that still while waving your arms up and down when they aren’t attached to a giant wing contraption”.

“The camera seems very strange. I know that when I am flying in an airplane, I don’t look straight ahead all of the time. Also, the only way people have been able to propel themselves above the ground have been by bicycle arrangements to power a fixed-wing aircraft. A human powered helicopter managed 10 seconds of flight about 5 inches above the ground. The legs are much more powerful than the arms. I have serious doubts about it just on the physics and physiology points alone“.

“Bad physics, shaky cam with bad focus (always a giveaway) and the most steady head I’ve ever seen on a guy flapping his arms in order to not break every bone in his body. FAKE“.

“I have to wonder where the power is coming from (where are the batteries, etc). The most efficient for human transportation appears to be a fixed wing aircraft. You can get very good results from a good laminar wingform and a low power engine/motor. His wings will definitely not provide the aerodynamics to haul a 180 pounds in the air. The largest bird had a 23 foot wingspan, and was only 171 pounds. It also had very large pectoral muscles to handle the power needed”.

Check out one of their other videos below, this was a “test flight attempt” which obviously did not result in a flight. After 1:50, you will clearly see that the wing is CG.  And of course, the whole shooting the grass to switch between CG and Real is a dead giveaway.  The dynamics of the guy running don’t even look real to be honest.  Have a watch below and you can see how fake these guys are.

But although it’s a fake, it definitely is a pretty impressive one. The CGI masterminds who gave out their comments were certainly impressed. As one guy says, “I take my hat off to these artists for their commitment to this project, creating and releasing so many videos with convincing graphics that have fooled a LOT of people. It’s the perfect PR for a visual effects studio. Wish I’d thought of it”.