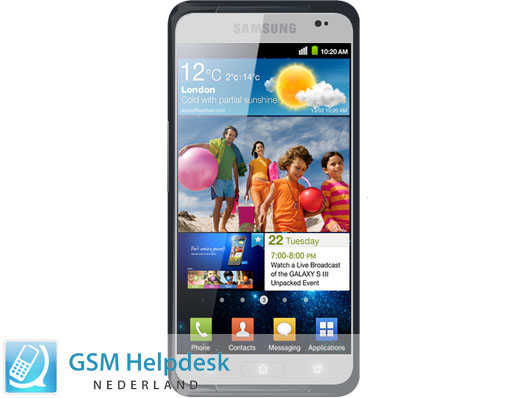 When it comes to Samsung Galaxy S III rumors, we’ve pretty much heard it all. There has been multiple different images such as a white phone with a black trim around the edges or even phones with a home button and ones without physical buttons at all. This time we have a device that looks a lot like the first leaked image we ever got our hands on and leaves us wondering if there is any legitimacy at all to the above image.

While capacitive buttons make a lot of sense over the original image’s Apple-esque physical Home Button, take a closer look at the capacitive home button in this new image. As you can see, it pretty much looks like someone just pasted over the physical home button that we’ve already seen. Does this scream fake? Personally, I think it probably does, but that’s just one man’s opinion. Alternatives could be that the render was a mistake, which seems unlikely, or that perhaps Samsung is trying something new with the design of the Samsung Galaxy S III. I suppose that’s a somewhat reasonable explanation.

No matter how many new rumors we get it seems that the puzzle pieces aren’t falling into to their places any better. We still don’t know anything solid about Samsung’s newest smartphone. Is it coming in multiple versions or just one model/look? Is it in fact getting a true unveil on May 22nd at the Samsung Unpacked event, or is it still going to get an official announcement in March, like earlier rumors indicated?

The good news is that the currently proposed specs are staying about the same from rumor to rumor. For those keeping track, it is claimed the phone will feature a 4.7-inch Super AMOLED 720 p screen, a 12MP camera with 1080p 60fps recording abilities, a Quad-core processor at 1.5GHz, 1GB of RAM, 32GB internal storage, and a 1750 mAh battery. Not to mention the device is said to be just around 8mm thick.

While the Galaxy S III is starting to sound (and look) amazing, keep in mind that it’s nothing but a rumor at this stage until we hear more solid information. So are these rumors just over-excited false hype or Samsung’s self-generated way of getting the anticipation rolling? Perhaps a mixture of both? For now I’d guess that a May 22nd unveil sounds the most reasonable. Stay tuned as we learn more.