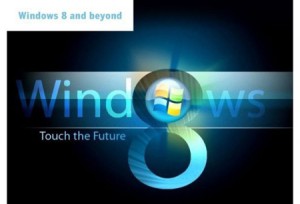 The Consumer Preview of Windows 8 went live late last month, but when is Microsoft going to officially launch its successor to Windows 7? Insider reports are pointing toward October of this year and they’ve got some evidence to back that up.

It’s right around the October timeframe that several new Windows 8 tablets are expected to be completed and go on sale and, well, they can’t launch if Windows 8 hasn’t officially launched either. It’s also said that Microsoft will “finish work” on Windows 8 by the end of tis summer, once again following the kind of schedule we’d seen with Windows 7 and Windows XP.

In both of those iterations, the RTM (release to manufacturing) time was around July and then the OS officially launched on PCs in October. If that’s the case, October 2012 for Windows 8 sounds like a shoe-in. That positions them reasonably well for the lucrative holiday shopping season, especially with the greater options provided by ARM-based Windows machines.