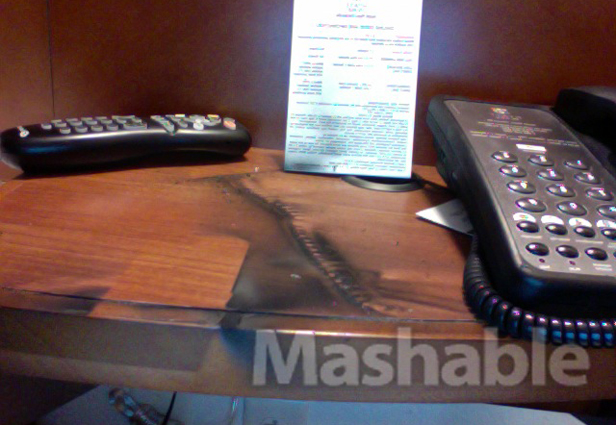 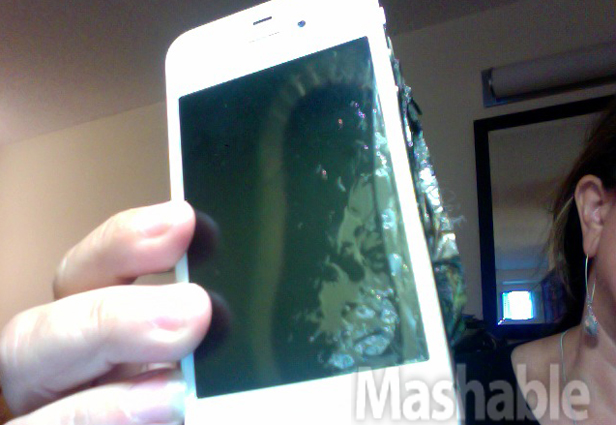 In the midst of constant drama regarding possible overheating issues for the new iPad, we report something a little different. This time its the iPhone 4 acting up again. A few months back there was a case of an iPhone 4 that basically overheated and exploded in flight over Australia, but this time we have a report of spontaneous iPhone combustion that comes from within the US.

The phone was sitting innocently on its charger, just a foot or so away from the sleeping woman who wishes to remain anonymous. She woke up to the smoke and smell that was coming from the nightstand where her 4-year-old iPhone 4 was laying and she reacted immediately. Using her laptop case she grabbed the phone and made her way to the hotel room that she was staying at.

She decided to share the story with Mashable because she was getting nowhere with Apple and felt it was important to share this occurrence with others, so they know that while it isn’t a common thing, it can happen.

Alright, maybe this isn’t the most important take away, but has anyone noticed that almost all of these problems happen to travelers? On a plane, or at a hotel… apparently the iPhone 4 is getting old and just wants to stay home and relax. Let it grow old in peace and it won’t give you any problem, at least that’s my theory.

All jokes aside, it’s just further proof that Apple would rather hide and cover up potential phone problems than come clean and let their costumers know that problems with their products aren’t that common, but that they can in fact happen. Is this kind of cover-up behavior something unique to Apple? I’d wager just about every business out there does these kinds of things, but that doesn’t make it right.