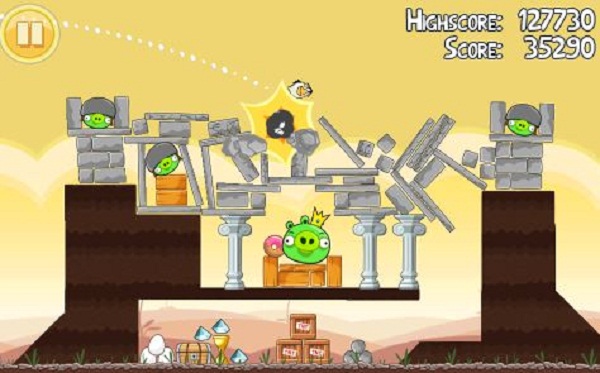 When you decide to get yourself one of those free apps for your smartphone, you usually recognize that you’re paying the price by having to deal with in-app advertising, but did you know that you’re also paying in the form of increased power consumption?

A study was recently conducted by Purdue University and Microsoft, revealing that as much as 70% of the power consumed from playing the free games on your smartphone is actually attributed to downloading the advertisements and tracking your usage. This isn’t always the case and I’m sure that the physics engine in Angry Birds sucks up some juice too, but that’s still a lot of precious battery life being sucked away to encourage you to sign up for some dating site.

Naturally, if the free app of your choosing also requires a GPS connection, as well as either 3G or WiFi, these likely drain your battery too. The thing is that the information gathered through those means could also be used to process and funnel the right ads your way. To be fair, the tests were run on some older hardware–the Android-powered HTC Magic and Passion, as well as the WinMo-fueled HTC Tytn II–but it should mostly hold true for newer devices too.

They tested a total of 21 apps, including newspaper apps, photo uploaders, and games. In the case of Angry Birds, a full 45% of power consumption was for user tracking, including using GPS to presumably geotarget your ads. Of course, GPS isn’t actually useful for the game itself. You can read the full report in PDF form if you want more details.  To be honest, this information just sounds like a ploy to divert companies from offering their ads for free and monetizing them through other means.