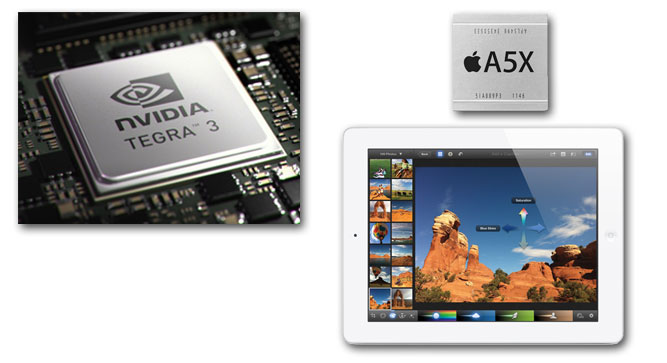 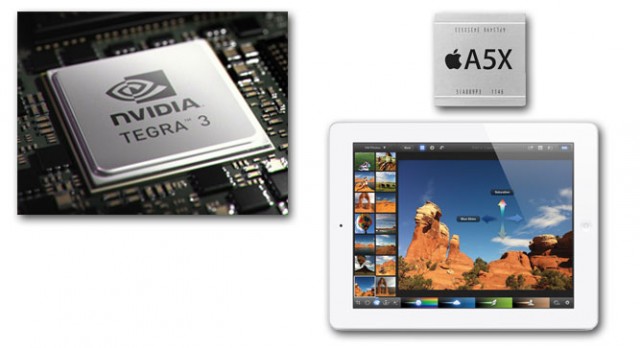 When the new iPad was revealed to the world, Apple told us that the new A5X chip spanked the Tegra 3 processor from NVIDIA. But those are just claims. How does the comparison stack up when you put them under real benchmarks and real world experiences?

That’s exactly what Laptop Mag wanted to find out, so they pit the new iPad against the Tegra 3-powered Asus Eee Pad Transformer Prime. First, they ran GLBenchmark 2.1. This revealed that the A5X on the iPad 3 was able to render twice as many frames per second on the Egypt test and it was able to handle more than four times as many texels (texture pixels). So, for pure graphical prowess, the A5X seems like the winner.

However, when they had a look at integer and floating point performance, the Tegra 3 blew the A5X out of the water. It also outclassed Apple’s chip for memory performance, with the exception of memory bandwidth.

But what about the real world? They played Shadowgun and Riptide GP on both tablets and, well, it’s a mixed bag. The Retina display on the iPad provided crisper text and better colors, but the Asus had some visual effects not present in the Apple-friendly version of the games. Check out the video below.