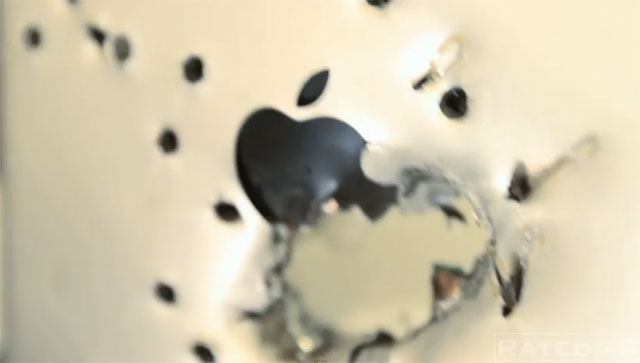 The new iPad is many things – its fast, gorgeous, and has a marvelous new retina screen. There is no denying that the new iPad has substantially improved from what was already a great product, the iPad 2. There is one thing that the iPad is not, however- and that’s bullet proof.

The video below pits the new iPad against two different weapons. The end result? Total defeat, which isn’t surprising. What I do find somewhat a shock though is how well this thing held up considering the firepower being thrown at it. Check out the video for yourself and take a look at the massive damage done to this poor iPad. Personally, I think that tech-abuse like this is a damn shame, but that’s just me.