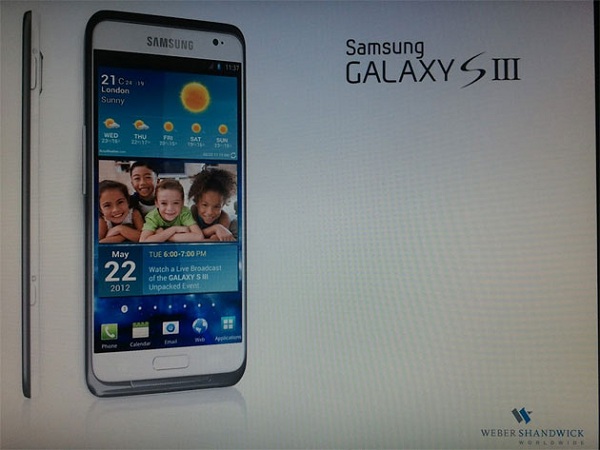 The Apple iPhone 5 is certainly a much anticipated device, and so is the Samsung Galaxy S 3. We have already heard a lot of rumors regarding the upcoming Android handset and what you see above is thought to have come from a public relations PowerPoint file. Is that really the S3 we have been waiting for all this time? We believe it is most probably not.

The new leak suggests that Samsung is planning a Samsung Unpacked event in London on May 22nd at which the Galaxy S 3 will be introduced. There is nothing unbelievable about that since the “unpacked” events have become a tradition and also a European launch is probable as they went with that for the S2.   London is a good place to introduce the handset as the Summer Olympic Games is going to happen there.   But all the other details available suggest that we might be looking at the work of a good artist who loves working on fake images. As you can see above, Weber Shandwick, which is a PR agency, has their logo on the powerpoint. We’re not sure if PR companies usually do that.  The other tip off, that dedicated home button is all too apple-esque. 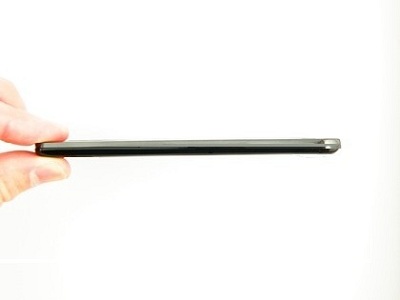 The S3 appears to be extremely thin, measuring in at 7.89mm (possible, but still sounds fake). And it isn’t very unlikely that Samsung would design a white device with a black ring around it. The S 3 will probably come without a Home Button, similar to the Galaxy Nexus, which is a design that we also are expecting from Samsung. So the conclusion is that the new leak has come out with a lot of inconsistencies, so it is most probably a big giant fake.