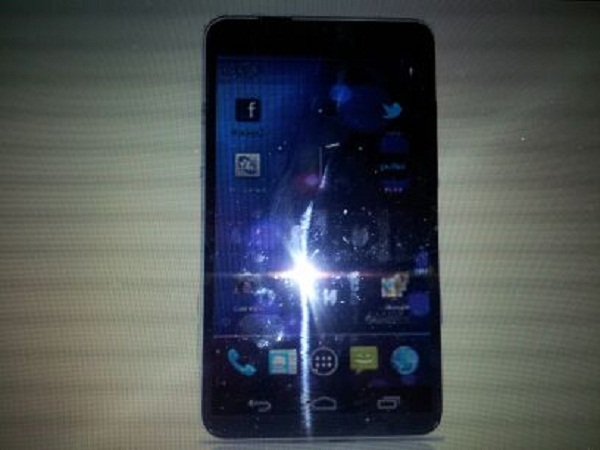 Earlier today, we reported on a leaked SGS3 photo that seemed to indicate quite a few things about the upcoming Samsung smartphone. Now, we’re seeing a brand new leaked image that is actually quite a bit different from the other versions of the Galaxy S III that we had already seen previously.

Yes, in that first leak, we saw an AMOLED display that almost stretched across the entire width of the phone, leaving for a very narrow bezel. That appears to be holding true, but that image also depicted the same kind of home button as we saw on the Galaxy S II, albeit in a wider and shorter form. Well, that might not hold up if this newest image is to believed, as this leaks shows off the new smartphone running ICS, sans a physical home button.

That makes more sense, given the buttonless arrangement of the Galaxy Nexus, but it’s also possible that Samsung is creating multiple versions of the SGS3 for different markets and carriers. We saw that happen with the SGS2, even coming up with different screen sizes of up to 4.5-inches. According to the tipster, this version of the SGS3 has a 4.7-inch Super AMOLED Plus HD display, “that nearly takes up the whole phone, but some bezel space was needed for the camera, speakers, mic, and so cases would fit on it.”

Other supposed leaked specs include a possible dual boot option with either vanilla ICS or a TouchWiz overlay, as well as a ceramic “micro arc oxidation” back, 12MP camera with flash, 2GB of RAM, 2250mAh battery, and an 8mm profile without the “bump” that we have seen before. It’ll presumably have a quad-core processor too. Coupled with the 2GB of RAM, you’ve got yourself quite the powerhouse, though battery life instantly becomes yet another concern.