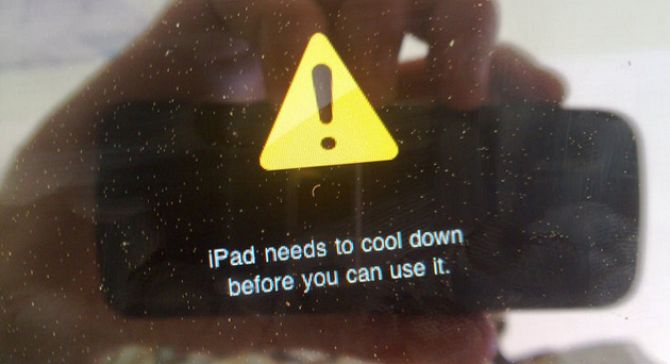 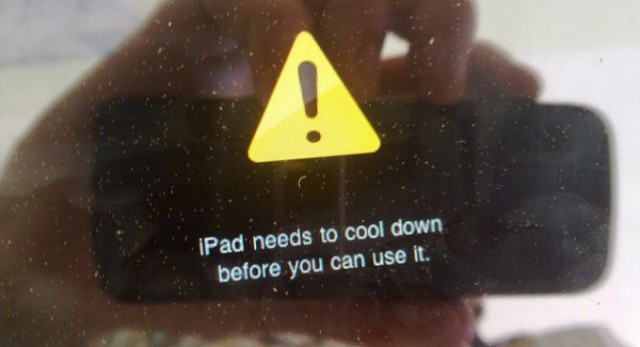 So, after lining up for hours on end, you finally got your hands on the new iPad. You’re amazed by the improved graphics performance and enthralled by the new Retina display, but your hands are starting to catch on fire. Yup, it looks like the new iPad could have an overheating problem, and it isn’t even summer yet.

At this point, all the evidence is anecdotal, but there have been several posts across forums saying that the new iPad gets pretty darn hot. Yes, we can all expect our tablets and other electronics to get warm with extensive use, but it looks like the 3rd-generation iPad is suffering from a “debilitating jump in temperature.” This isn’t just a comfort thing, as there have been reports of the new iPad sporadically shutting itself down.

The message that appears on the screen? “The iPad needs to cool down.”  The overheating is mostly isolated to just one corner of the tablet and the initial blame is being laid on the larger battery and more powerful processor. The unibody design doesn’t allow for much cooling either.

Did you get a new iPad? Have you experienced any of these problems?