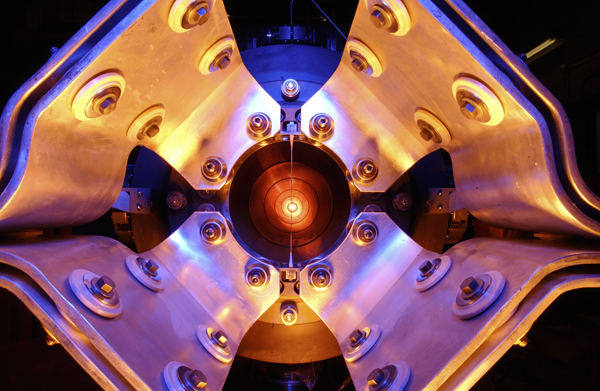 Oh, those little subatomic particles are getting pretty ambitious. First, they tried to travel faster than the speed of light, but now it looks like neutinos could prove to be very useful when it comes to wireless communications, particularly those that can pass through substantial blockages.

The idea postulated and demonstrated by Fermilab in Illinois is that a beam of neutrinos can be blasted clear through the Earth, theoretically sending an encoded message right through the Earth’s core. This is because neutrinos are nearly massless and they can pass through most objects unimpeded, thanks to the fact that neutrinos rarely interact with other forms of matter.

In the demonstration, the researchers encoded the word “neutrino” in binary code, blasting trillions of neutrinos over a distance of one kilometre, including 240 meters worth of solid rock. The 25-pulse messages was repeated 3500 times over the course of 142 minutes, resulting in an average of 0.81 neutrinos detected per pulse and a one percent error rate.

No, that’s not very useful,, but it does show that it is possible. Further development could lead to some seriously secure communications, since neutrino-based communication is directional, rather than spreading out like radio waves.