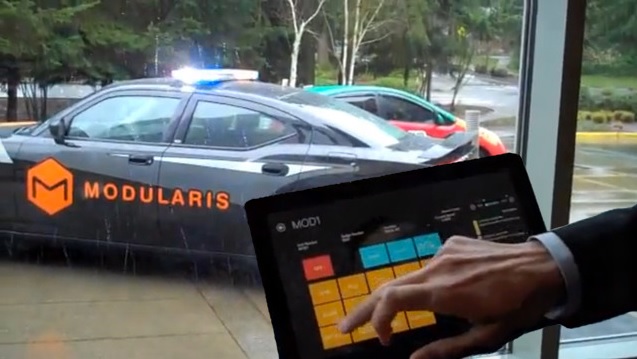 So you have your new iPad, and you love it. The apps are great and it can do so much – but can it control functions in a police car? Well, apparently Windows 8 can, thanks to a new partnership between Microsoft and public safety solutions firm, Modularis. Microsoft first showed the police car running on the Modularis technology as part of Modularis’ Worldwide Public Safety Symposium, where officials gather to discuss public safety and ways to improve the overall state of safety.

Taking a closer look at the technology, the app uses a cloud-based solution, using Windows Azure, that controls many of the car’s functions remotely such as the siren, opening doors, and other features. While Windows 8 Consumer Preview currently has pretty limited apps, this is a great showcase at some of the things that might be possible later on down the road thanks to the power of Windows and Metro.

Sure, this doesn’t make a case for Windows 8 tablets being any better than its competitors, but it certainly shows there is at least some potential hidden underneath.