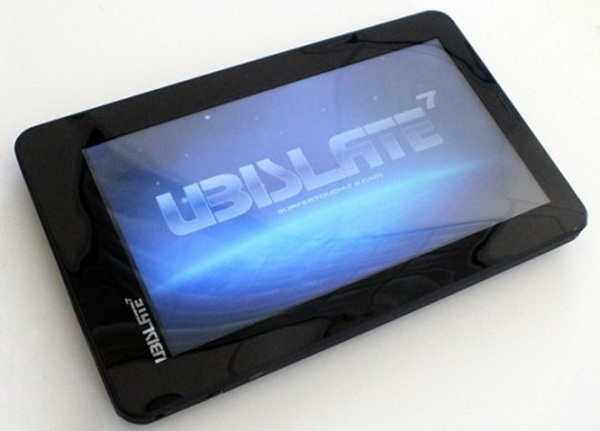 It may not be coming jam-packed with features as the new iPad which becomes available today for the cost of an arm and leg, and it may not be as thin as the teased stainless steel Archos slate, but it certainly is unbeatable when it comes to its price tag. The ridiculously cheap Aakash 2 tablet, which is the successor to the $35 Aakash tablet designed for the students in India, will be launched in the country in the coming month with a price tag of just $40.

Yes, you heard that right, the device will cost only that much. And although it can never be placed alongside all the high-end tablets out there, it features some better components when compared to its predecessor and is expected to come with improved performance (and don’t forget the $40 price).

The new Aakash will come equipped with a 700MHz Cortex A8 processor, a 3200 mAh battery (promises 3 hours of use), 512 MB of RAM and a 7-inch capacitive touchscreen display (replaces the resistive one). That may not look too great, but the previous Aakash lasts just around 2 hours and its performance was not that awesome either.

Although some are saying that the device will run Android 2.2 Froyo, it might arrive with Gingerbread on board. In case you are new to the OS, ICS is never going to arrive. And support for Android Market, now called the Google Play Store, is also a possibility.

The Indian government wants to see a tablet in the hands of every student in the country within the next five to six years. That’s a mighty big task in a country which is home to over 1.2 billion people. Makers DataWind have promised to bring out 100,000 units, although that’s not going to be nearly enough.