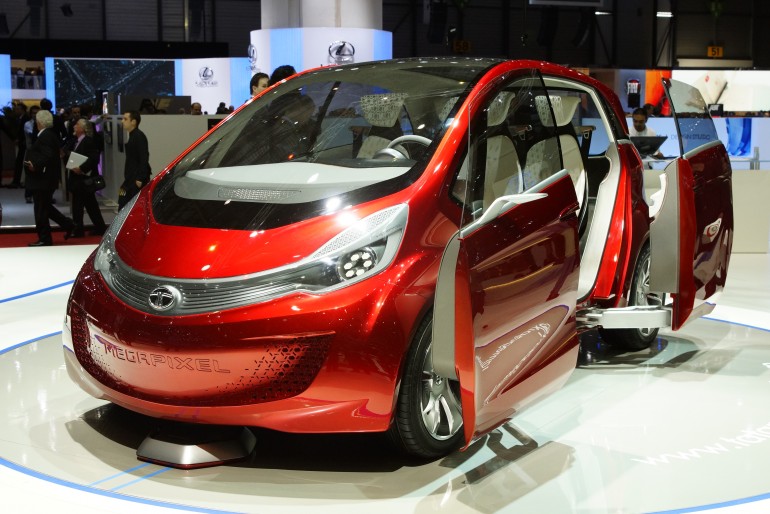 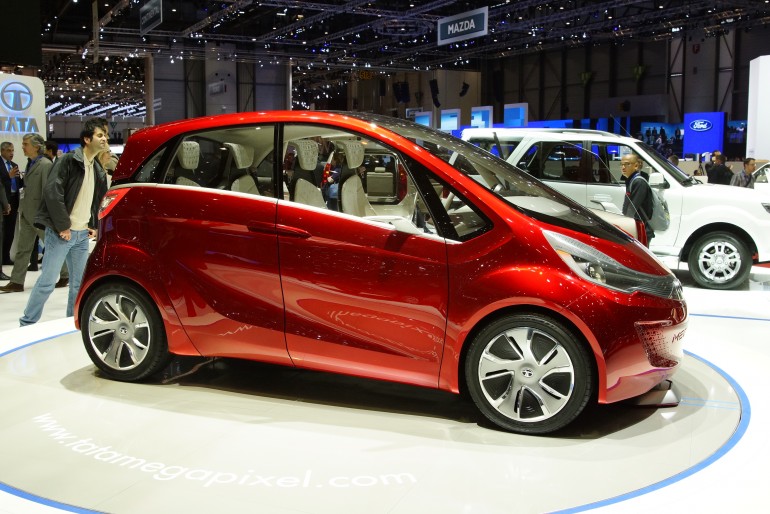 Tata Motors has gone ‘Mega’, not just in the naming convention, but also in the range and mileage of their latest four-seater range extended electric vehicle (REEV) concept.

The Indian automobile giant unveiled its latest offering – the Megapixel – at the Geneva Motor Show and it has already started making heads turn and all for the right reasons.

The Megapixel, an evolved version of the REEV concept ‘Pixel’ the company unveiled in Geneva last year, uses four 10 kilowatt motors attached to the wheels plus a single-cylinder 325cc range-extending engine that runs on petrol. The engine is capable of generating 22 kw of power while charging the lithium ion phosphate battery and add to that the rather light design of Megapixel means it has a net range of 900km  and an electric-only range of 87 km.

Not bad if I’m planning on running it alongside the marathoners at the London Olympics later this year. But what about the highway sprinters, who constitute more than 99 percent of the drivers, be it in the US, UK or anywhere across the world for that matter? We all love to push our cars a bit once out in the open and Megapixel will be literally out in unchartered, deep waters there.

The single-cylinder “tuk-tuk” of a car simply doesn’t have enough juice to save you from yawning all the while during a 100 km drive through the freeway.

But then Tata’s Megapixel is not meant for speed. It has other tricks up its sleeve.

For starters, its acutely turning wheels give it a turning radius of just 2.8 metres. Yeah, you heard it right, a mere 9.2 feet. Surely Tata might have perfected this design, testing it on narrow Indian roads. But the irony is that the car is not sturdy enough for Indian roads, the focus on cutting weight making it only suitable for the well-maintained tarmacs in Europe and the US, provided they have plans to launch it across the Atlantic.

Another feature is the induction charging pad. You needn’t plug this beauty but just have to park it neatly over an induction pad to get it charged. How convenient is that?  But will it make much of a difference is the question. To plug a car in, it will take just two minutes max. Yeah why not use those two valuable minutes saved to search for your TV mobile once you are back in your drawing room.

Getting in and out of a small car is not that easy, especially for bigger drivers among us. Here Megapixel scores a near perfect 10 for its innovative double-sliding doors. The inside of the car is also rather spacious, claiming that it will sit four adults (not pigmies or kids) with luggage easily.

The layout of the motor and the battery pack is helpful in the leg-space department but one wonders what Tata’s definition of luggage is. If it is an ultra-sleek laptop then Megapixel has more than enough room. But four rugby players carrying their playing kit for a workout session, now that’s a different proposition altogether.

Megapixel, with looks and size borrowed from other REEV models, is Tata’s attempt to push the electric small-car envelope a bit further, at least as far as range in concerned. If, launched, after juicing up the engine a bit further, this could indeed give the bigger players in this segment a run for their money.