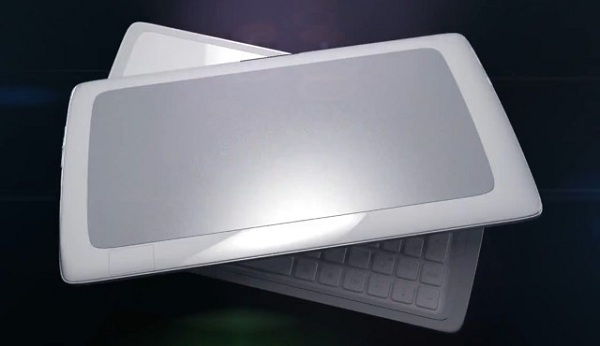 The new iPad, as you know, has arrived with impressive specs, but all those features have resulted in the device becoming fatter and heavier. That’s certainly not a big problem, but those of you who are dying to see a super-thin tablet should check out the Android-running Archos G10 XS, which is the latest in a series of G tablets from the company.

Yes, that’s yet another Android tablet. But while all the other manufacturers focus on design and specs to set their Android tablets apart from other Android slates, Archos is concentrating on another aspect: material. The tablets in the G10 series will boast a chassis that is made of “paper-thin” steel, rather than aluminum.

The new material might have helped the company to design the G10 XS with a thickness of only 7.6mm. In comparison, the new iPad measures in at 9.39mm. But an incredibly thin tablet is not actually a big thing. It won’t be effecting user experience that much. Hopefully the device, which will be running Ice Cream Sandwich, will arrive with attractive specs.

And the slate also has a keyboard dock (which doesn’t appear to be adding that much to the thickness), which might make it a rival to the Asus Transformer Prime. No hints on when the device will be released, but we are expecting it to arrive sometime later this year. It will have a price tag between €200 and €400 (around $250-500).

The company is also planning some budget and mid-range models, head here if you want to take a peek at some promotional materials.