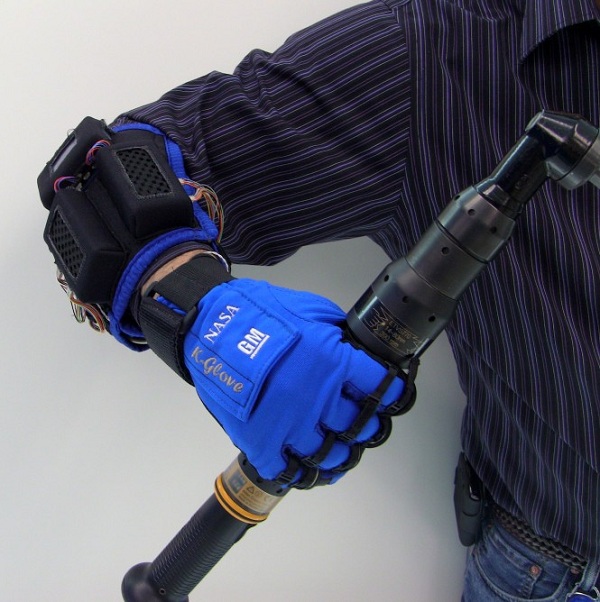 Your older brother’s arm wrestling grip is killing you?  The Human Grasp Assist device might be able to give you a helping hand (or a helping glove actually). The device, which is also known as Robo-Glove or K-Glove, is the result of the collaboration between GM and NASA and has been developed to help astronauts and autoworkers stay away from stress injuries.

The technology powering the Robo-Glove is based on the grasping technology which was developed for the hands of Robonaut 2, the humanoid robot presently helping out at the International Space Station. The robot features actuators in its fingers, and pressure sensors for sensing touch.

By using the same technology, the engineers from GM and NASA have created the power-assisted glove which is equipped with actuators in the upper sections of each finger, and pressure sensors. When a user who has the gloves on tries to grasp an object, the sensors detect it and the actuators work to pull the fingers into a gripping position. The fingers will be held in the position until further notice.

Since the glove is doing the work to maintain the grip, there won’t be any strain for a user. According to estimations, a person using the Robo-Glove will only have to assert five to ten pounds of gripping force for a task which requires a human worker without the glove to assert 15 to 20 pounds. 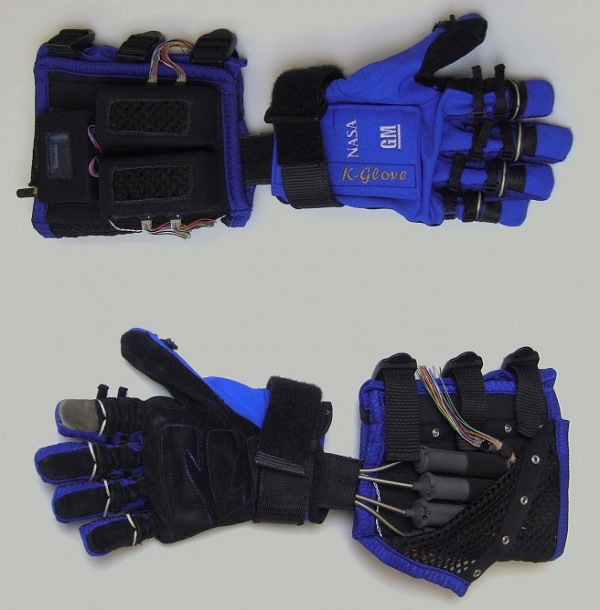 They developed a prototype glove back in March 2011 and another version three months later. Both versions weigh in at around two pounds and come with a display. They are powered by lithium-ion battery pack. A third model is being developed and that should come with improved features.

And from the video you will understand that the device will be safe for humans, so there won’t be any problem when you scratch yourself.