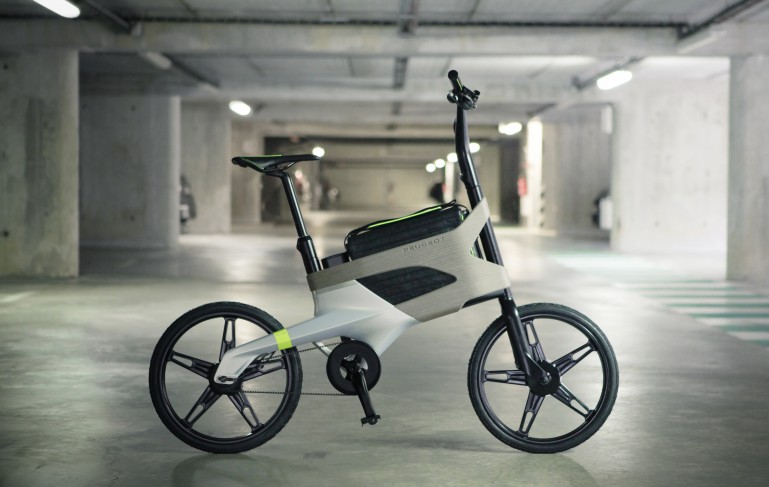 Cycling is fun and healthy. Cycling to work is noble, when you think of the green cause, and, yeah, it’s healthy too.

But for the modern-day office commuter on two wheels, the biggest pain would be to carry his work gear, that new latest configuration, a delicate laptop.

While many use good old backpacks to lug their laptops, some carry it in front baskets or rear carriers, both of which will adversely affect the cycle’s balance as it changes the centre of gravity. Regulars who cycle to work, which by the way, includes this writer too, find the balancing act a bit of a pain, considering the other juggling acts they all have to endure to keep themselves on road.

Peugeot has come out with a concept urban cycle which addresses this issue. Of course the DL122 that Peugeot has brought out is an urban bike, the looks, elegant as it may be for the nerdy cyclist, may not appeal to the mountain-biker in us all.

But functionality is what Peugeot — who is known for car-manufacturing but a company which has also seen its cycles win ten Tour de France crowns — is trying to highlight in the DL122.

The concept bicycle has a centrally positioned leather laptop compartment; a safer cocoon for the laptop. It also provides a better balanced bike and the briefcase can be locked in place, claims Peugeot.  The design breakthrough here is that the positioning of the carrying case is such that it keeps the centre of gravity of the bike roughly in the same spot where it is when rode without a bag, therefore making it stable.

The centre of gravity, as we all know, is the average location of the mass of a bicycle. If the rider can manage his as well as the luggage weight to as close to the centre as possible, it could significantly stabilize the bike. This is where Peugeot designers have succeeded: using materials such as Aluminium while leather adds a touch of class to the design.

But the point is,will the case be immune to shocks and bumps a rider and his cycle endures on a pot hole ridden road to work?  When carrying a laptop in a backpack, riders generally save it from shocks as most of them have the tendency of standing up while riding over rough terrain. With the laptop fixed in a case on the frame, it is likely to take the full brunt of the shocks transferred from the frame.

Unless of course, Peugeot has come up with some shock absorbing buffers in the frame or between the frame and the leather case. But one has to admit that design indeed offers a stable bike with loaded luggage that is.