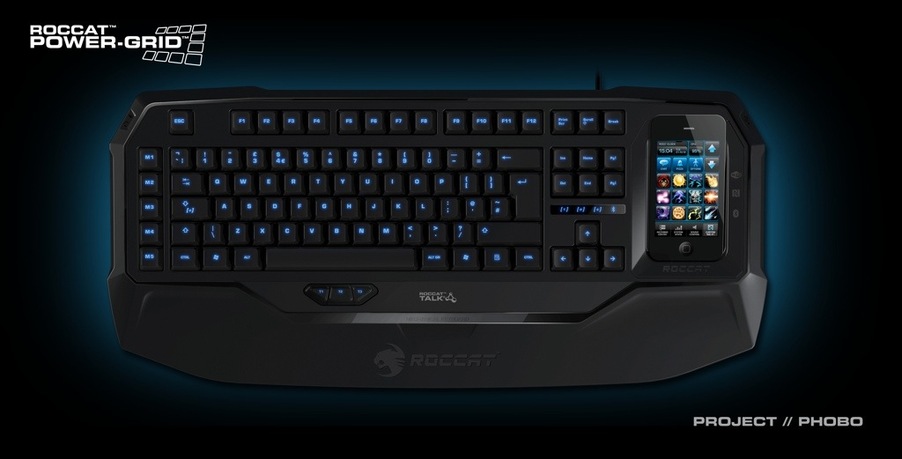 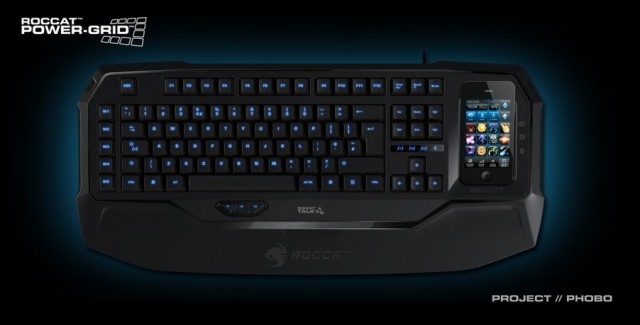 Typically, when you’re playing your games on your PC you’re largely restricted to a keyboard and mouse. You might use some other peripheral controller, but that’s generally the norm. What if you wanted a little more? With the Power-Grid iPhone app from Roccat, you can get that.

Working in tandem with that pretty-looking iPhone dock, the accompanying app extends your gaming experience to the smaller screen of your iDevice. It comes with three pre-installed control grids, each of which brings a different function to the gaming table. The Incoming Center grid shows your voice and text from TeamSpeak, Skype, Twitter, and so on. This way, you can stay in communication without having to minimize your gaming window or get an extra monitor.

Similarly, the Stats Control grid is used to show you system information, like your CPU stats, network traffic, and current RAM usage. Finally, the Sound Control grid gives you quick access to your audio controls, not unlike the Windows audio mixer. If you like listening to tunes while gaming, it can also be used as a media player remote. 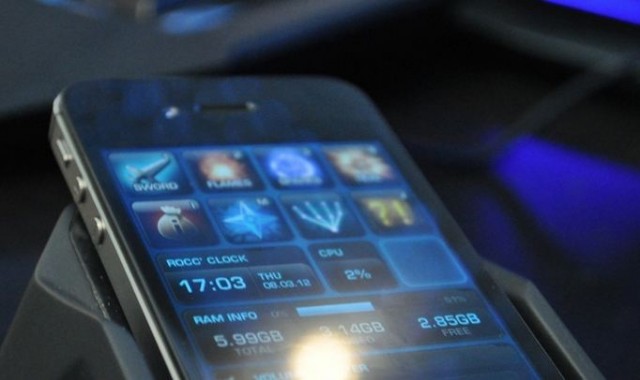 The cool thing is that you can use some free software and design your own custom grids for Roccat Power-Grid. Depending on the game and your needs, shoving in some macros or web shortcuts could prove handy. There’s only space for one custom grid at a time, so if you want more, you’ll need to sell out 99 cents each. Interestingly, the app connects to your gaming PC via Wi-Fi and not through the shown wired connection. That’s the Project Apuri dock and it’s used just for charging.

Roccat says that while the iOS app will be ready for public beta in a few weeks, they are working on an Android version that should also launch around the second half of 2012.