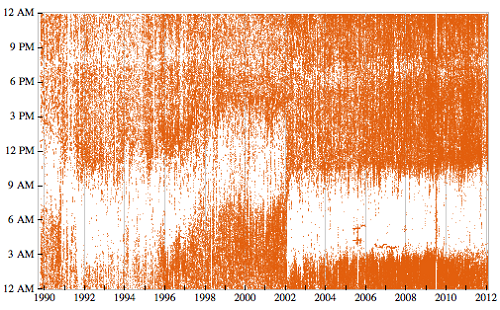 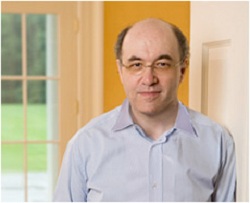 Self appraisal! Now some say it’s not that hard. After all we are just analyzing our highs and lows right. But it isn’t that easy either. First is the question of objectivity of our observations and analysis of them. The other point is the limitations of our mind to record, process and analyze the data from our life, especially if it involves a long time period.

But systematic Personal Analytics play a huge role in “self awareness” and it works by recording data concerning an individual’s day-to-day performance pertaining to simple daily chores as well as personal and official communications and interactions. Nowadays, such recordings are easily feasible as most of our professional and personal lives revolve around the internet and the digital realms.

Personal Analytics could throw open a wide range of applications including analyzing an individual’s life to identify a course of negative or positive patterns, feedback from which could help in taking necessary or remedial steps.

Scientist Stephen Wolfram has made some pioneering efforts in Personal Analytics and the Brit shared it with the world recently, through his blog.

Wolfram, founder of Wolfram Research institute, is famous for his creation of computation software Mathematica and answer-engine Wolfram Alpha. The 52-year-old Brit, who has also authored a book titled ‘New Kind of Science’, has won acclaim across the globe through his research and contribution in the fields of physics, mathematics and computing.

Now Wolfram has brought out the results of another one of his experiments, one which took more than 20 years and the subject of study was himself with the analysis done using his program Wolfram|Alpha Pro.

Wolfram started recording the easiest parameter first – his email patterns from 1989, which was around a year after he released Mathematica and two years after he had founded Wolfram Research.

As seen in the graph above, Wolfram has been very busy in the last 20 years — his day starting consistently around 11 a.m. and ending late into the night, morning in fact, at around 3 a.m. There was a dip in his activities in the 1990s when he was in a closed world, authoring his book ‘A New Kind of Science’.

By just observing the patterns of his email alone, Wolfram could get at specific trends in his life, or even events. Patterns also show a progressive increase in his email correspondence suggesting the growth in his research career.

Wolfram elaborates about other parameters analyzed through email. “Again, there are some life trends visible. The gradual decrease in the early 1990s reflects me reducing my involvement in day-to-day management of our company to concentrate on basic science. The increase in the 2000s is me jumping back in, and driving more and more company projects. And the peak in early 2009 reflects with the final preparations for the launch of Wolfram|Alpha. (The individual spikes, including the all-time winner August 27, 2006, are mostly weekend or travel days specifically spent “grinding down” email backlogs.),” writes Wolfram in his blog.

Of course, using just emails, other distribution patterns can be analysed, including the number of emails per day, the recipients, number of emails received, all showing many intriguing details about the professional and personal life of the scientist.

“The vast majority of these recipients are people or mail-groups within our company. And I suspect the overall growth is a reflection of both the increasing number of people at the company, and the increasing number of projects in which I and our company are involved. The peaks are often associated with intense early-stage projects, where I am directly interacting with lots of people, and there isn’t yet a well-organized management structure in place. I don’t quite understand the recent decrease, considering that the number of projects is at an all-time high. I’m just hoping it reflects better organization and management,” says Wolfram.

Email was the easiest part as it is mostly systematically archived online. Wolfram has also been analyzing keystrokes on his computers to have a better idea of his typing patterns.

Now what would keystrokes tell you? Wolfram explains.

“There are all kinds of detailed facts to extract: like that the average fraction of keys I type that are backspaces has consistently been about 7% (I had no idea it was so high!); or how my habits in using different computers and applications have changed. And looking at the daily totals, I can see spikes of writing activity—typically associated with creating longer documents (including blog posts). But at least at an overall level things like the plots above look similar for keystrokes and email,” he says.

Then there are other variables used in analysis like measures of social and official activities, an example being the number of events appeared in his calendar. Wolfram used automated systems to archive them.

The graph shows a big change, an increase in activity, after 2002. Wolfram attributes the change to the fact that before 2002 he was more involved in solitary research work and on his book while after new projects were initiated in the company he was more involved in a managerial capacity which saw an increase in meetings and other functions. The analysis also brings out the family man in Wolfram, a prominent line in the graphs suggesting the never-missed “family dinner” time.

Phone calls have also been another area of observation, bringing out a picture of Wolfram being a “remote CEO”, depending on phones for the company’s day to day activities.

Intellectual activity is one area Wolfram would have loved to analyze. But since it’s more intangible, he had to do with monitoring his physical activities, which also threw open a few trends connecting his physical exertions to specific events and developments in his life.

Wolfram explains what he has gotten out of the analysis and talks about the future of Personal Analytics.

“As I think about it all, I suppose my greatest regret is that I did not start collecting more data earlier. There is so much that can be done. Some of it will focus on large-scale trends, some of it on identifying specific events or anomalies, and some of it on extracting ‘stories’ from personal data”.

“And in time I’m looking forward to being able to ask Wolfram|Alpha all sorts of things about my life and times—and have it immediately generate reports about them. Not only being able to act as an adjunct to my personal memory, but also to be able to do automatic computational history—explaining how and why things happened—and then making projections and predictions,” writes Wolfram.

It is obvious from Wolfram’s studies that Personal Analytics is going to give us a whole new dimension to experiencing our lives. It can be a rather nerdy way but there is no denying the incredible use of it and if Wolfram is to be believed, everyone, not just scientists, will be using it, wishing they had started sooner.

Do read more on Wolfram’s analytics in his personal blog here.