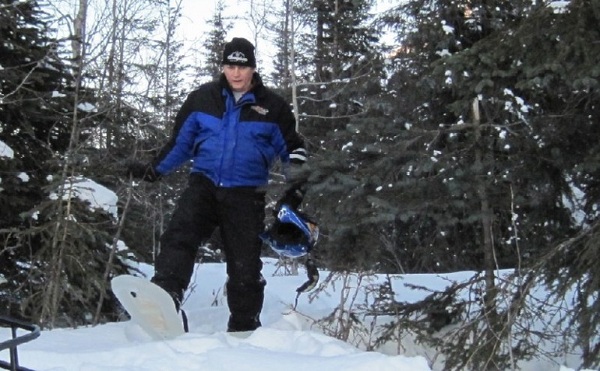 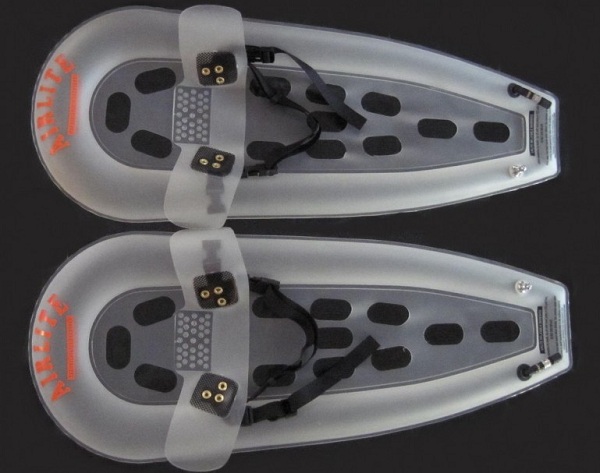 Unless you are Bear Grylls (or any other crazy survival guy), it will be difficult for you to escape to civilization when stranded in a deep-snow environment without snowshoes. It may not be like those regular recreational or backcountry snowshoes, but the inflatable snowshoes from Alaska-based Airlite might just be enough to save your life in an emergency.

We took a peek at something inflatable earlier, the inflatable snowboard from Signal Snowboards. While that product is purely for entertainment purposes, Airlite’s new inflatable snowshoes will be useful as a lightweight addition to your survival kit and will allow you to walk on top of snow effortlessly to safety.

The company came up with the idea after hearing reports about stranded snowmobilers. In one case, two snowmobilers reportedly ran out of gas and got stuck in deep snow only about a mile from a lodge. As they did not have snowshoes with them, they were unable to get back to safety before night time and were found frostbitten the next day. The inflatable snowshoes could be helpful as anyone can end up in such a situation.

The $168 inflatable snowshoes pack small and can be easily carried around when compared to regular snowshoes. The urethane inflatables, made from durable, puncture-resistant material (tested in tough Alaskan winter conditions), weigh in at just over 2 lbs per pair.

Each inflated snowshoe will give you more than 540 sq in of surface area for walking on snow without getting too tired. It can be inflated by mouth, although the company says that a bike pump or CO2 inflator should be used for best results, and will work fine for people weighing up to 250 lbs. The current model has a knobbed traction pad underneath for providing improved grip, and they are working for bringing out a folding, strapped stainless steel crampon also.