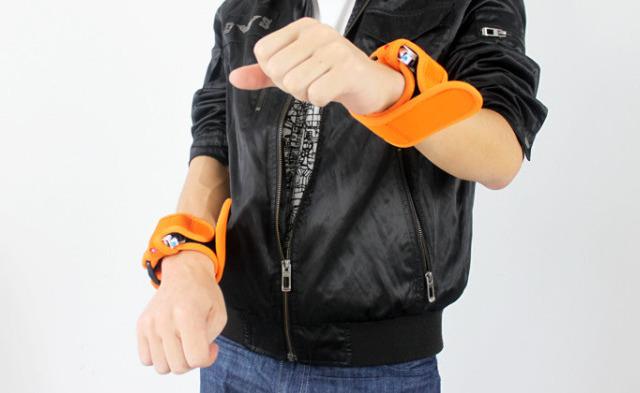 Last week we saw the exciting and unique virtual piano that looked like a modern take on Nintendo’s Power Glove. This week we give you DrumGenius, a wearable musical instrument designed by Guanyun Wang, Ye Tao, Zurui Jiang, Lei Shi, and Yujie Hong. Essentially this is an accelerometer based set of cuffs that you wear to simulate playing the drums. As you move your hands it will evoke the beating of a drum and even has a visual feature that aims to make it quite promising.

While such innovations are really cool, I personally prefer the full-sized non-virtual equivalents to devices like this, but that’s jut me, and I suppose that there are many places were a full-sized physical instrument just isn’t practical. The way technology is heading I will most likely be telling my grand-kids about the ‘good ole’ days’ when instruments were large physical devices, games were played on things called TVs instead of in huge virtual reality environments, and humans controlled the fire department instead of robots with extinguisher grenades. Afterwards, they will shake their heads and walk away muttering about how crazy their old gramps is.