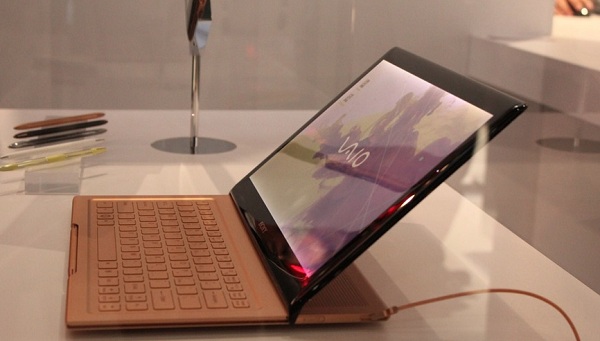 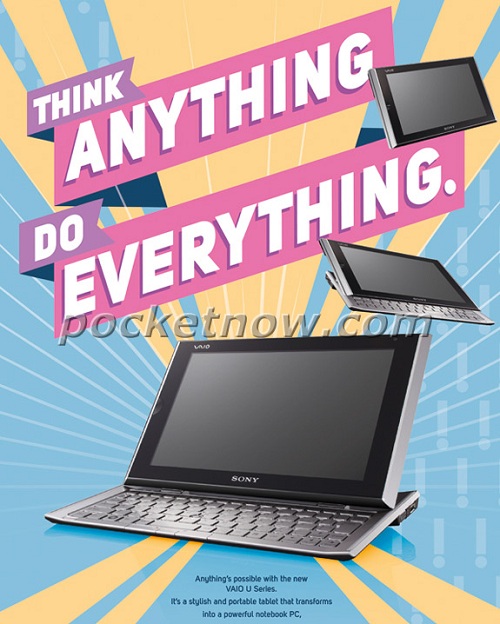 Remember that tablet/notebook cross which was shown off by Sony at CES earlier this year? The convertible concept tablet dubbed “Hybrid” looked interesting although there was no confirmation whether the company would work on the prototype for market launch. And now a new info suggests that Sony has plans for bringing out the QWERTY-equipped slider.

In case you were out cold during CES, Sony’s hybrid tablet is Windows powered and is suspected to feature Intel’s Clover Trail Atom chip. The device is also thought to be coming equipped with a stylus for the pen input.

A print advertisement for the device, which comes to us courtesy of Pocketnow, hints that Sony might be planning to launch the device under the Vaio U brand. Although a release date is not mentioned, the poster suggests that the device might arrive with some changes.

When compared to the prototype (see below), the device in the ad does not have a stylus holder at the front of the keyboard and it appears to have a larger bezel as well. It also looks a bit thicker. And it will be awesome if it runs Windows 8, if it’s coming that is.

We will let you know when more info arrives. In the meantime, you can take a peek at a few pictures of the Hybrid prototype here.