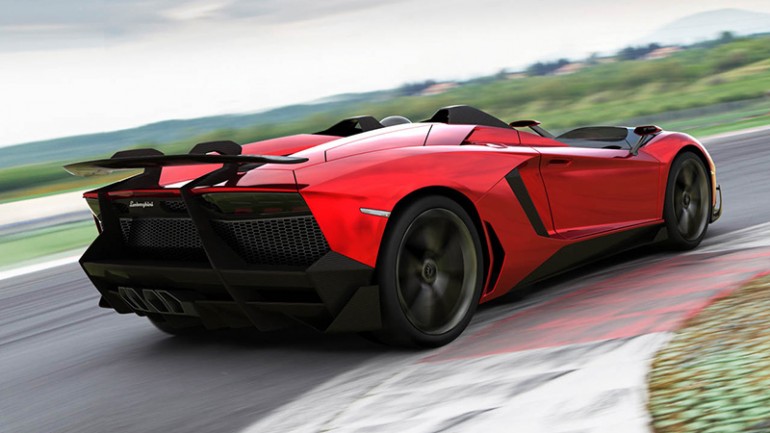 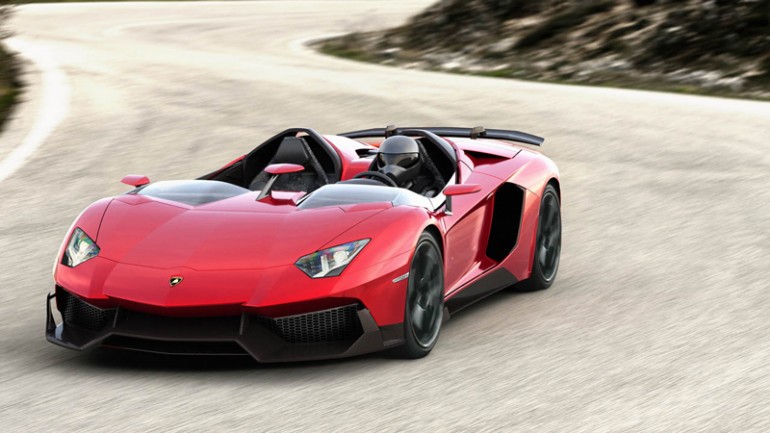 Batman won’t have to go into his cave and hunch on his drawing-room table to design an upgraded ‘Batmobile’. He just needs to walk into Lamborghini.

At this year’s Geneva Motor Show, Lamborghini will unveil perhaps its most cutting edge, yet literally down to earth (read: ground hugging design) variant in the Aventador line – the Aventador J.

The Aventador, especially the LP 700-4 launched last year, coupled good old performance under the hood with the cutting edge design Lamborghini is known for. With the Aventador J, the designers and engineers at Sant’Agata Bolognese have pushed the envelope a bit further in materials used as well as shape, coming out with an “open” car.

The obvious thought that comes to the mind after first glance of the ‘J’ is that the engineers have simply cut the top and windshield off the previous Aventador.  But there is more to it than what meets the eye. 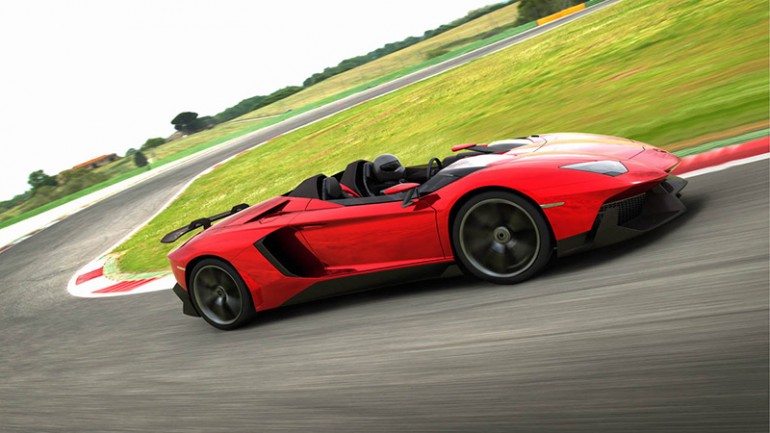 The entire bodywork is new, had to be, for the ‘J’ has a lower than low profile, ground-hugging in fact, with just 1110 millimetres (44 inches) of carbon fibre and space age materials separating the top of the roll-over hoops from the ground.  Naturally, it had to be low as it is competing in the ‘batmobile’ segment.

But batman will have to do without the satnav system and air conditioning. Being open to the elements and fresh air, a/c won’t be missed, but satnav? Well, at the speeds the ‘J’ is capable of, who would have time to look into the satellite navigation screen. So the designers disposed of the system altogether to save weight. Lamborghini has also used a lightweight carbon fibre fabric called “Carbonskin” for seats and interior surfaces to take weight-saving to the next level.

The front of the vehicle is narrower than a regular Aventador. The designers could have done away with the rear view mirrors in the front though, which are not likely to be used by the driver, who would be strapped in the cockpit like a jet fighter pilot wearing specially designed helmets to keep the vision clear. Two small glass air-deflectors rise in front of the pilot and co-pilot seats: too small to be windshields, too big to be designer sunglasses!

Like all beautiful creations, the best part of the ‘J’ comes at the rear end. It houses the stock 700 bhp Aventador 6.5 liter V12, topped with a carbon-fibre wing to keep under/over steer at bay. The rear also has massive splitter and grill containing four tailpipes. Wheels had to be made of Aluminium for this baby. The ‘J’ is also armed with carbon wings to cool the brakes.

Though the numbers are not out, it is evident that the speeds this thing is capable of will be insane. The human element on the wheels will probably limit the top speed of this toy meant for the super rich. But apparently even the billionaires will have to keep their fingers crossed to get their hands on this one.

The pictures displayed here are from the one and only car artists from Sant’Agata have made so far and it has already been reportedly sold for Euro 2.1 million ($2.75M).

Let’s keep our fingers crossed for a production variant of this one-off wonder from Lamborghini.