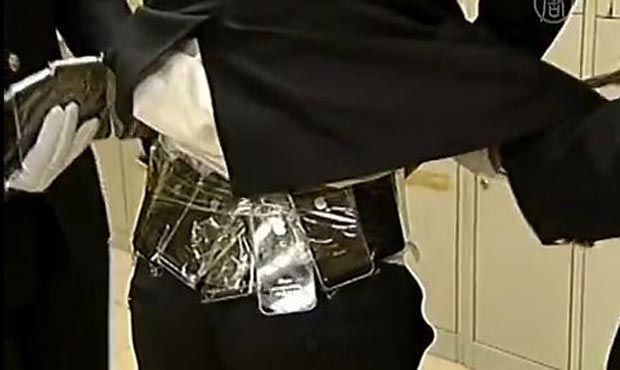 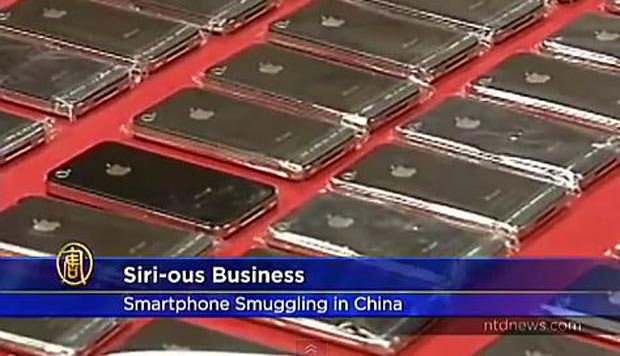 He was just trying to get them home, like how salmon return to their original birthplace to spawn. A security video has caught a smuggler red-handed with 30 Apple iPhones taped onto his body. He was trying to get them from Hong Kong into China, flipping the iPhone 4S for a quick buck.

The logic is fairly simple. You can buy an iPhone 4S in Hong Kong for $125 less than you’d pay for the same iPhone 4S in Mainland China. The smuggler, who you can see in the video below, strapped a bunch of iPhones on his chest and tried to walk across the port entry point. What I find strange is that he was only caught when security noticed the man couldn’t bend over to pick up his briefcase.

Don’t they have metal detectors like how they do at just about every airport? You would think that having thirty cell phones on your person would trigger that detector, right? In any case, a total of 3,000 smuggled iPhones have been confiscated since the beginning of the year. The irony is that they’re being smuggled primarily into Shenzhen, where the iPhone 4S is made in the first place.