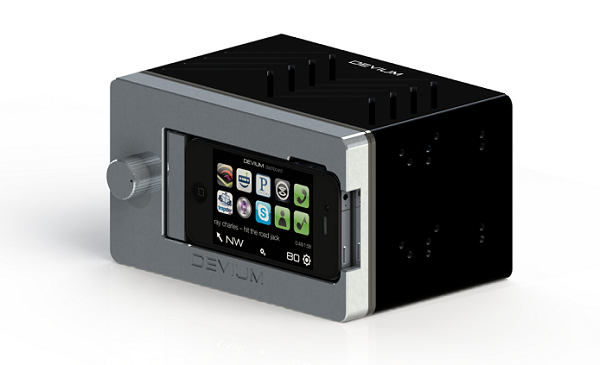 Your iPhone should be making your life a whole lot easier thanks to all the features that it brings with it. But for accessing all that power while you are driving your car requires complicated docking accessories or different types of cables, or a well trained brain for handling your car and the device simultaneously (not recommended!). But all that will change with the arrival of Dash, a car stereo system custom-made to fit the iPhone 4 and 4S.

As soon as you connect your iPhone to Dash, it starts charging the device and also lets you turn your iDevice into a car audio system of its own. You will be able to place your phone safely into Dash’s faceplate (yes, no more stowing your device in cupholders) and simply access everything via your iPhone’s touchscreen.

The system amplifies the audio and could also be used with GPS and navigation apps. And non iOS users should not feel left out as the company, Colorado based Devium, is reportedly working on faceplates that will fit Android and Windows Phones. But the only problem is that you will have to give up access to your car’s current radio and satellite hook-up, but there are several apps out there as good replacements.

The $300 stereo system is a kickstarter project and it appears like the campaign has raised more than enough money the company needs to manufacture and sell it. But if interested, you can still show your support. Check out the video to know more about Dash.