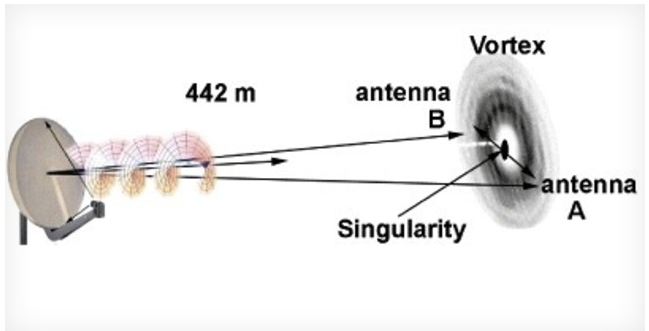 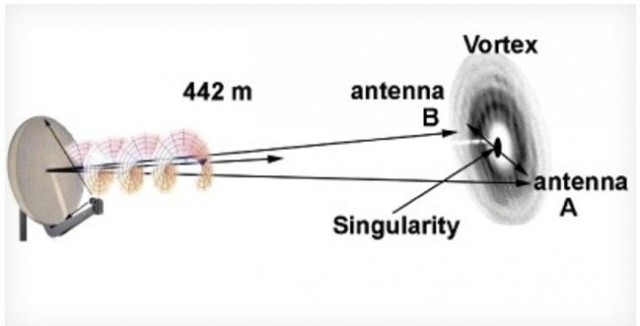 We only have a finite amount of wireless spectrum and that’s why providers are willing pay top dollar for their segment of said spectrum. However, it looks like some scientists have figured out a way for us to stretch that spectrum even further: twist the waves.

The Venetian innovation, which comes by way of Fabrizio Tamburini and his team of researchers, effectively takes radio waves and twists them into a vortex. As a result, you’re able to send several discrete signals over the same frequency, theoretically (though not practically) providing us with an “infinite number of channels in a given, fixed bandwidth.”

Basically, the multiple signals are sent out with different degrees of spin (“orbital angular momentum states”) and the receiver can then key in on one signal or the other. The provided video demonstrates this using the standard 2.4GHz Wi-Fi band over a distance of 442 meters. You can skip ahead to 7:28 to see the actual demo itself.

As one commenter points out, though, this approach “only works for line-of-sight (LOS) transmission. Once a signal bounces off a surface, the angular structure of the wave is scattered, and the polarization (or vorticity in this case) is lost.” So, is this a viable solution or is it shoddy science?