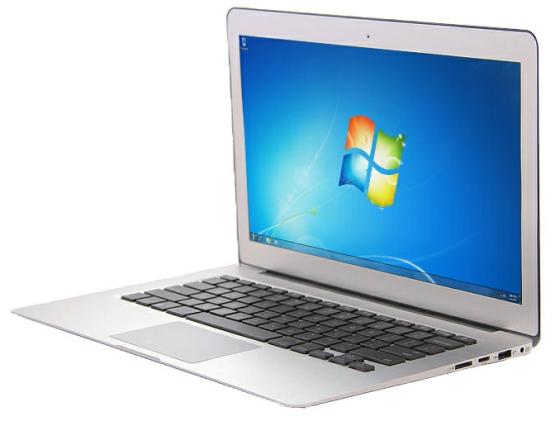 Look out, another Apple lawsuit is in the making.

Apple is very particular about not allowing competitors to make products that it deems too similar in looks and/or sounds, so odds are that a suit is headed the way of the Netbook Navigator Nav13X company sooner or later. The netbook is practically an identical rip-off of the Macbook Air’s case, but it certainly isn’t anywhere close, under the hood. While it might look like an Ultrabook, don’t be fooled, this doesn’t qualify for the Intel program. While Intel Ultrabooks all feature high-end Core i5 processors, this netbook has a 1.86GHz Intel Atom N2800 Cedar Trail processor, 13.3-inch 1366×768 display, 32/64/128GB SSD, WIFI, bluetooth, 2 USB 2.0 ports and a mini HDMI port. So basically you’ll get a netbook in ultrabook’s clothing for $499.99 with just 32GB SSD and no operating system included.

I don’t know about you, but I’ll pass. Honestly, I cant imagine this will stick around very long before Apple sues it off the planet.