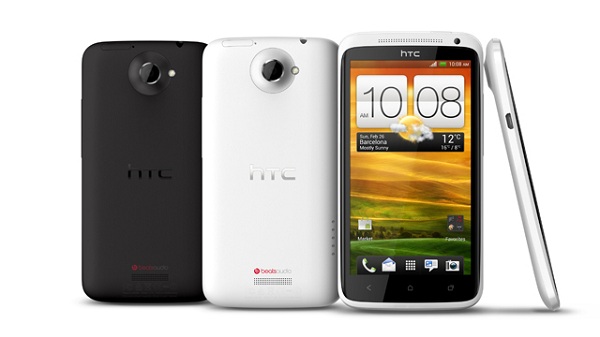 At the MWC 2012, HTC unveiled their new “One” series which includes the impressive One X handset. The only disappointment was that the device was announced to be an exclusive to AT&T in the US, but we have good news for you. According to the latest rumors, the device might be headed to other carriers as well.

Just in case you missed a few things earlier, the One X features a 720p 4.7-inch Super LCD2 display, a 1.5GHz quad-core Tegra 3 processor and Android 4.0 Ice Cream Sandwich with Sense 4.0 UI. But AT&T’s version will only feature a dual-core Qualcomm Snapdragon S4 processor due to an LTE compatibility issue.

A rumor, which comes from Evan Blass of Pocketnow, suggests that the device will hit Sprint equipped with the same dual-core Snapdragon S4 with integrated LTE. Apparently, Blass found out about an HTC Jewel handset (for Sprint) which has all the features of the One X. This new info is believable as Sprint is expected to release an LTE device sometime around the middle of 2012.

But that’s it about the Sprint device. What’s more interesting is the rumor about an upcoming T-Mobile One X. According to available info, T-Mobile’s version of the One X has also been planned and it will be included in the carrier’s family of “G” devices. Codenamed G4X, the device will feature the quad-core Nvidia Tegra 3 processor as there is no LTE compatibility trouble and it will be running stock ICS (what many users will prefer over Sense 4.0 UI). If this device is indeed coming, it will be the most attractive version of the One X in US soil.

It won’t be a surprise if the rumors turn out to be true as HTC will love their flagship handset to hit as many carriers as possible. And the T-Mobile One X can’t be pushed aside as we have seen other devices on T-Mobile from HTC without any customizations or skins.

But we haven’t got confirmation about anything. We will keep digging in for more info, so stay tuned for updates.