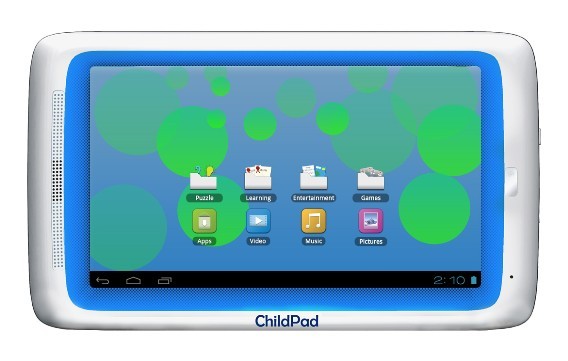 You thought the $199 Kindle Fire was a good deal? You thought OLPC was doing the right thing with cheap laptops? Archos is going even further with the announcement of the Child Pad, a seven-inch kid-friendly tablet that runs Android 4.0 Ice Cream Sandwich right out of the box.

Even though the Child Pad is clearly being targeted toward the younger set, the specs aren’t exactly anemic either. You still get a 1GHz processor and a full gig of RAM, as well as access to a special Kids App Store powered by AppsLib. Like the Kindle Fire, this Child Pad uses Android, but won’t have true access to Android Market. Thankfully, the Kids App Store still has 10,000 apps across 14 categories. It also utilizes a special kid-friendly user interface with color icons, home screen folders, and so on.

In line with the kid-friendliness, the Child Pad also gets parental controls and safe web browser features courtesy of Editions Profil. Expect the Archos Child Pad to hit retailers by the end of the month for a mere $129.