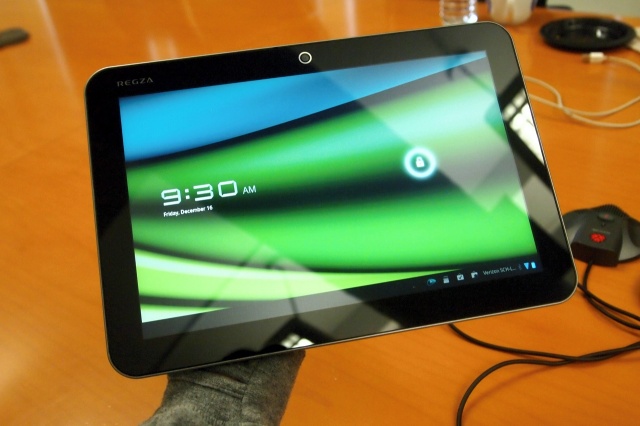 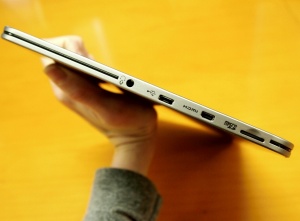 The race to ultra slimness has taken on bulemic supermodel proportions. Shaving off those precious millimeters is the newly introduced Toshiba Excite 10 LE. The Android tablet is about as thin as it gets with its 7.7mm profile. To put that into perspective, the original Eee Pad Transformer TF101 measured 12.98mm thick. Even the Galaxy Tab 10.1 is just 8.6mm thick.

The new Toshiba tablet has apparently shaved some weight too, tipping the scales at a paltry 1.18 pounds. Despite the shedding of millimeters and fractions of pounds, the Toshiba Excite 10 LE still has a reasonable assortment of connectivity options, including microUSB, HDMI, microSD, WiFi, and Bluetooth.

As I mentioned in my review of the Samsung Galaxy Tab 10.1, though, thinner isn’t always necessarily better, particularly when it comes to tablets. It’s just harder to get a comfortable grip, but I guess that’s up to personal preference.