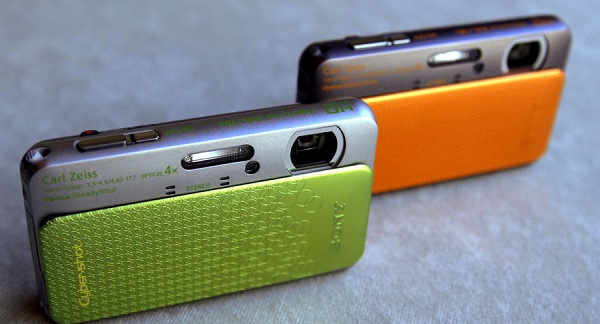 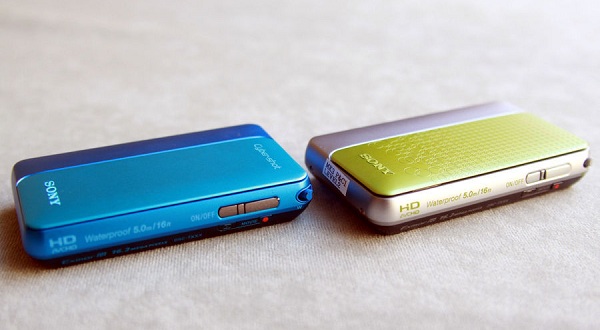 Some companies just go ahead and make their rugged products as hideous as possible. Is it because they have a belief that those who look for rugged gadgets do not care about looks? But we are glad that Sony knows the importance of a thing of beauty. Their new DSC-TX20 rugged compact camera boasts all kinds of ‘-resistant’ prefixes, yet features an elegant and innovative design.

The DSC-TX20 is part of the company’s new Cyber-shot line-up which will be offering an updated “Exmor R” CMOS sensor with higher pixel count, improved Optical image stabilization, better low light performance, enhanced AF speeds (approximately 0.13 second during the day and 0.25 seconds at night), and more.

The DSC-TX20 is tough but Sony appears to have spent some quality time while designing it. The new camera comes in several dual-color versions and two of the models (green/silver and orange/gray) feature a nice texture as you can see below.

The slim camera is waterproof (up to 5m), dustproof, freeze-proof (up to 14⁰F) and shockproof (up to 1.5m). It comes equipped with a 16 MP “Exmor R” CMOS sensor, a 25mm equivalent lens with 4x optical zoom, and a 3 inch LCD touchscreen. You will also get 8x virtual zoom via the “Clear Image Zoom” technology and it will allow you to shoot full HD movies.

The camera’s “Dual-Record” feature will allow you to capture 12 MP stills while shooting video. In case that feature sounds familiar to you, HTC’s new One X and One S that we saw yesterday come with a similar capability.

The DSC-TX20 will be available in orange, green, black, blue and pink color versions in May with a price tag of approximately $330.