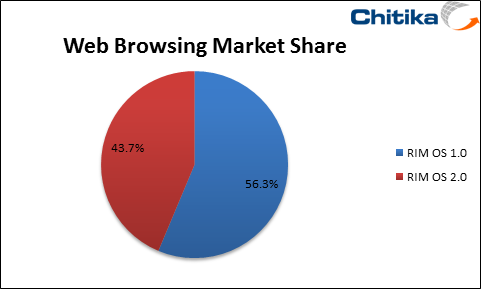 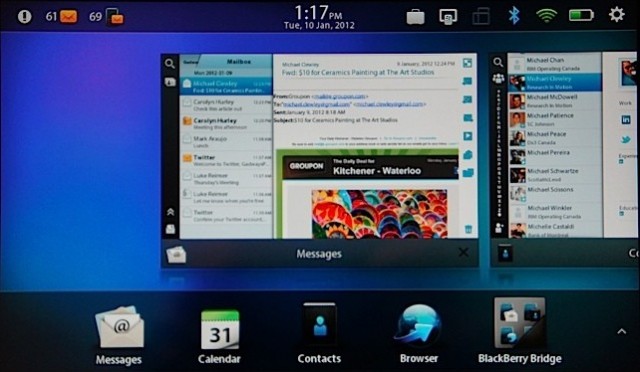 So, the new operating system for the BlackBerry PlayBook has been pushed out to the public now and it looks like a sizable chunk of users have performed the upgrade already. According to Chitika, a full 43.7% of devices have been upgraded to PlayBook OS 2.0, which is pretty impressive considering that the new OS has only been available for a week.

To be fair, the “upgrade was free and in many cases automatic.” I imagine a reasonably sizable percentage of PlayBook owners are a little more tech-savvy, picking up the PlayBook in the first place because of the great value it provided at the significantly reduced price point of $199 and up. And they all knew that OS 2.0 was on the way, bringing with it native email, contacts and calendar functionality. BlackBerry Messenger is still notably missing. The good news is that the Android app player is part of the picture now, opening the door for all kinds of additional apps for the tablet.

According to Chitika, these early adoption rates for the new OS will lead to about 75% of PlayBooks rocking OS 2.0 in three weeks. This assumes a 50% decay rate over time.