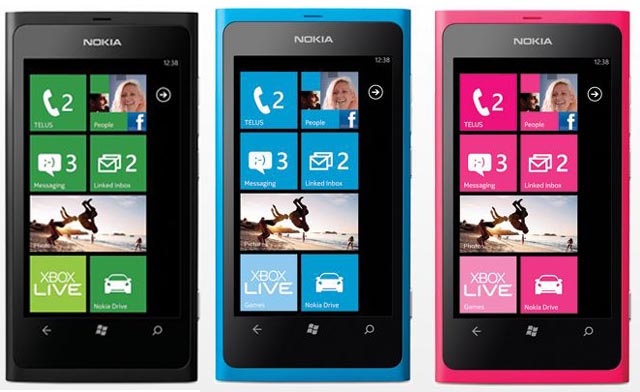 It only took a few measly months for Nokia to skyrocket itself as the top manufacturer of Windows Phone devices. While WP7 still lags behind iOS and Android, it’s certainly making some in-roads and that’s continuing with more in-roads into Canada early next month.

The Nokia Lumia 800 has been officially listed on the Telus Mobility website, coming with an official launch date of March 2. The product page is also saying that the Lumia 800 will be offered “only from Telus,” snatching up the exclusive away from Bell and Rogers. Quick highlights include the 3.7-inch ClearBlack AMOLED display, 16GB internal memory, and 8MP Carl Zeiss camera with LED flash.

No word on pricing just yet, but we can see that Telus will have the Lumia 800 in your choice of black, blue, or pink. And yes, it’ll take advantage of that 4G HSPA network too.