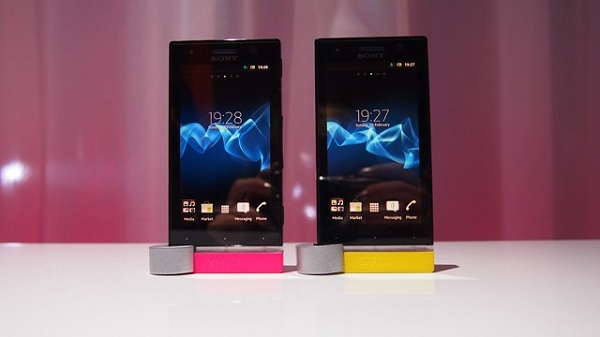 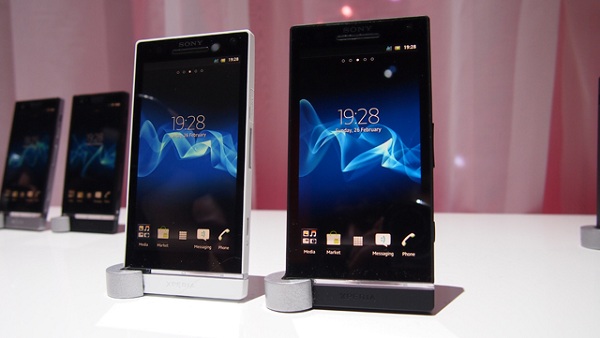 The Sony Xperia S from the company’s Xperia NXT series turned out to be a big attraction at CES 2012, but their newest additions, the Xperia P (pictured above) and Xperia U, into the same family appear to be lacking in lustre. But that did not stop us from taking a closer look at the pretty looking Android handsets.

Confirming previous rumors, both the handsets run 1-GHz, dual-core processors. The Xperia P features an 8-megapixel camera with HD recording capabilities and its 4-inch qHD screen comes with the company’s new “White Magic” screen tech. The technology will automatically adjust brightness to allow for use in direct sunlight. We will be putting that tech to the test in the very near future.

The handset also features HDMI and DLNA connectivity, 16GB of storage, and will be available in silver, black, and red.

The Xperia U that you see above has a smaller 3.5-inch “reality” display, but it lacks the new White Magic feature. It features a 5-megapixel HD camera.

Both the handsets can capture 2D and 3D panoramic images and features NFC. They will be running Android 2.3 Gingerbread when launched sometime in the first half of 2012, but Sony has promised that the upgrade to ICS will arrive by the second quarter.

Meanwhile, the company announced that the Xperia S will go on sale this week in Barcelona. Anyone who wants to play with the device’s impressive 12-megapixel camera should just go for it. Check out the hands on videos (from T3.com) of the Xperia P and Xperia U below.