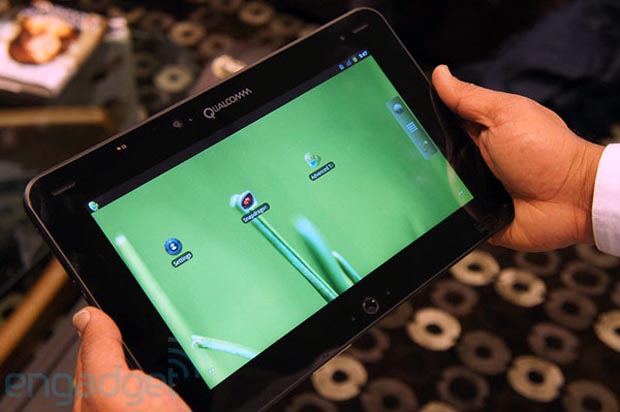 Unless you have quite the interest in the wireless industry, it’s easy to get all those acronyms confused. CDMA, GSM, HSDPA, HSPA+, LTE… I guess that’s why they’ve pushed toward simplifying things with “3G” and “4G,” even though the definitions are muddled at best. Well, Qualcomm Atheros is ready to push forward into the next generation, officially announcing the WCN3680 combo module. This supports the “5G” 802.11ac Wi-Fi standard.

The new module is a combo chip that’ll do the new Wi-Fi thing, as well as Bluetooth and FM radio. Even though 802.11ac sounds like it’s going backwards toward 802.11a/b/g, it’s actually quite a step ahead of 802.11n. Yeah, they should have picked another name, but the crux of it is that you get speeds of up to 433Mbps. That’s blazing, getting some people to call it 5G. It’s up to you if you agree.

Either way, the WCN3680 will work in tandem with the Snapdragon S4 MSM8960 and S4 APQ8064 dual-core and quad-core chips, which already support 802.11b/g/n Wi-Fi, as well as 3G/4G/LTE. Sample chips are being prepared for manufacturers for Q2, so hopefully we’ll see something with these modules in place by the end of the year.