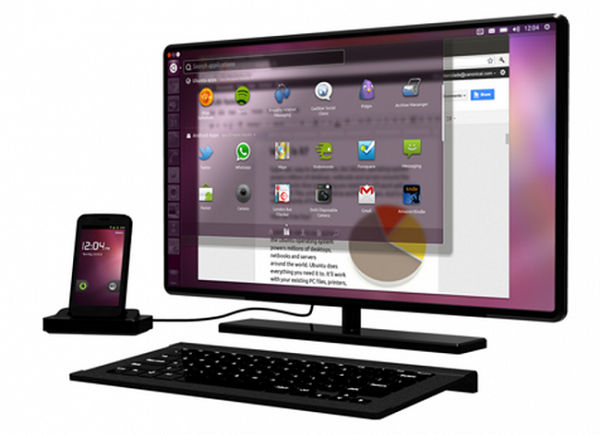 Ubuntu for Android appears to be the most important development for Android since the arrival of Ice Cream Sandwich. But if you are too excited to know more about it before it is officially launched at the upcoming Mobile World Congress, you can check out the demo video below which comes to us via a kind hearted Canonical employee.

Just in case you missed a few things earlier, Ubuntu for Android brings an ARM-based version of Ubuntu into an Android smartphone. When the Android device is connected to a dock or monitor, you will be able to enjoy the Ubuntu desktop UI. When not docked, the device will be just your usual Android smartphone.

As you will see in the clip below, when the Android phone is docked, the full Ubuntu OS comes alive on the computer screen. Ubuntu gets access to the files, folders, contacts and apps on the phone, and the user always stays connected via the handset allowing access to Android alerts right on the desktop. Take a peek at the video to know more.

But unfortunately, there will be limitations. Ubuntu for Android is expected to arrive only with new phones (hopefully before 2013), that is no support for your current phone. And the devices must have at least a dual-core processor, 512MB of RAM and HDMI-out.

But we are excited about checking this out at the MWC. What about you?