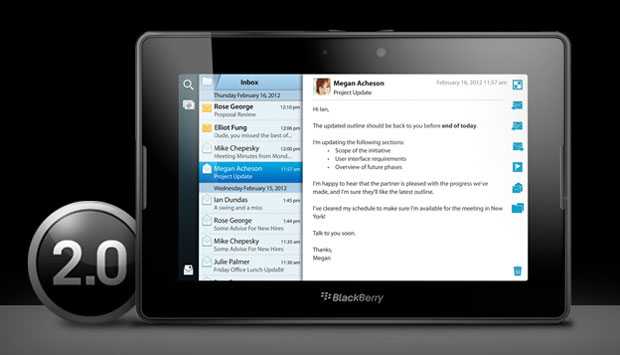 It’s no secret that RIM’s Playbook hasn’t exactly been met with tons of support and enthusiasm. Despite several price cuts, nothing RIM has done so far has made any difference in terms of getting consumers to flock to its tablet.

So are they throwing in the towel? Not yet, in fact they’ve just started releasing commercials to promote its update, OS 2. So what’s new in Playbook OS 2? Several new features set it apart such as native email, Twitter and Facebook integration, a new keyboard and home screen UI, and even improved web browsing.

The biggest feature though is Android app emulation. That’s right, OS 2 now has enabled Android app support without much changes needed to the Android app to get it working on Blackberry OS 2. It is great to see RIM finally adding some useful features to the Playbook, but honestly it is more than likely too little, too late.

Can a few new features and limited Android support really change user’s minds about the Playbook? Probably not, but I suppose it is a welcome feature for current Playbook users. Now if future RIM products integrated Android support, that would be something I wouldn’t mind seeing.