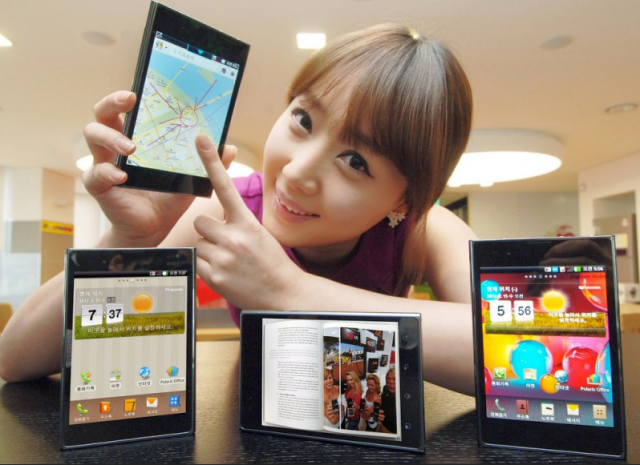 The Mobile World Congress is right around the corner, but LG surprisingly has officially announced their Optimus Vu, the company’s answer to the Samsung Galaxy Note  little ahead of schedule.

The LG Optimus Vu will certainly bring a visual treat to your eyes all thanks to the 5-inch IPS display (1024×768) that features a bright 4:3 aspect ratio. The Vu is thinner (measures in at 8.5 mm) than the Galaxy Note, and the rectangular tablet features a 1.5GHz dual-core processor, an 8MP rear camera and a 1.3MP front shooter.

NFC, and is LTE enabled, and 32GB of built-in storage is more than enough for a lot for pictures, videos, and apps. But there’s no indication about an SD or microSD card slot anywhere in the press release. Other features include HDMI and DLNA, and it will come with LG’S “Rubberdium pen” (also known as a “stylus”).

But the disappointment is that the device runs Android 2.3 Gingerbread. They have promised an upgrade to Ice Cream Sandwich within three months of launch.  The Galaxy Note has a 2,500mAh battery, which should provide a longer run time than the Vu’s 2,080 mAh battery. That might be an advantage for the Note, since those looking to take advantage of LTE will be sucking alot of juice.

No hints about when the device will arrive in the US. Meanwhile, we will take a closer look at the device at the upcoming MWC. 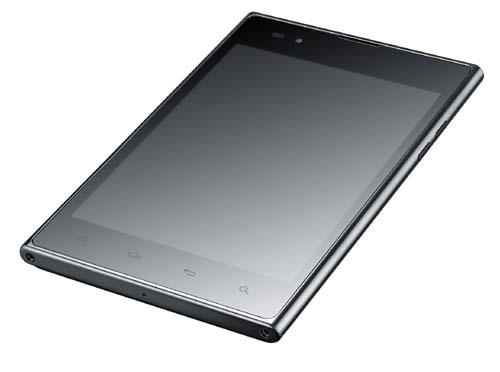