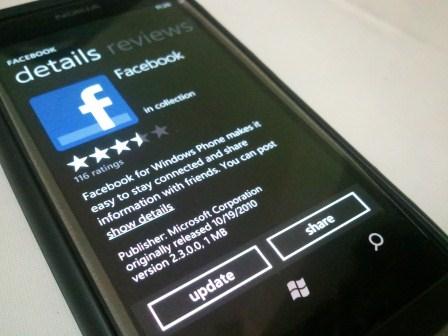 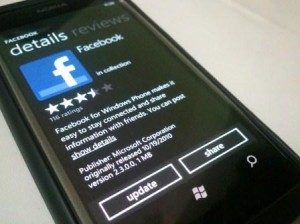 Just last week, Facebook for Windows Phone had itself an update that added several new features and tweaks, such as profile design and the new panorama view. While the upgrade offered many improvements, it also broke one important feature: Facebook Events.

Many users reported this issue after its launch and the development team has now announced today that they are working on a minor update that will fix events support. The menu item “Facebook Events” was not intentionally removed, just a slight oversight. Otherwise, the new update has been at least fairly well received by WP users.

The fix will be available from the marketplace as soon as it is ready.