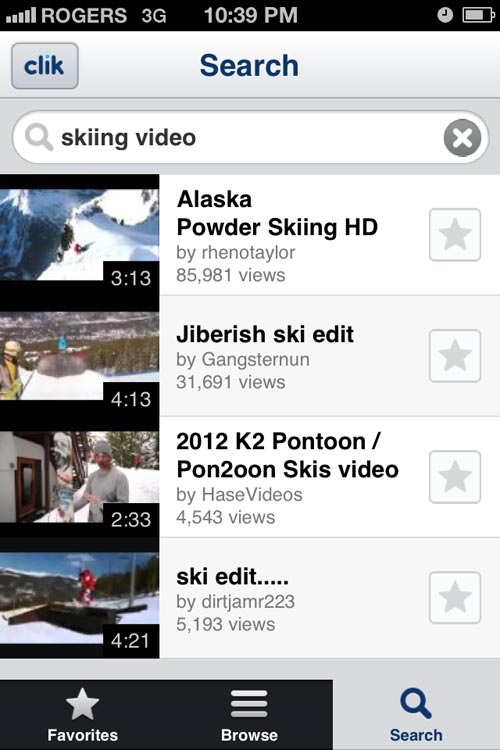 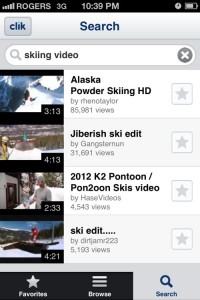 I’m not entirely sure just how useful this could be, but I guess some people must want it. The idea behind Clik for iOS and Android is that you can browse for YouTube videos on your phone and have them sent directly to the web browser on your computer. It’s like a remote control.

Coming from the same developers who created Kik, the Clik app works like this: load up the ClikThis.com on your smartphone, or scan the home page with your QR scanner app which will send you to iTunes for download.  Once the app is installed, load up ClikThis.com again on your desktop, the site will show one massive QR code. Scan that code using the Clik smartphone app and now you are linked.

The Clik app basically lets you search for YouTube videos, look at the trending videos, and so on. If you tap on a video, it’ll start playing in your computer’s browser. As I understand it, all the app is doing is telling the browser session which video to play based on the YouTube ID. That’s pretty restrictive in scope, but the SDK could theoretically be used for other web content too. It just needs to be coded.

I still don’t get why you’d want this, especially since it’s so much easier browsing for YouTube videos on a computer using the full site, but at least Clik is free and it might be a novelty thing for parties to make your smartphone into a sort of remote control DJ. 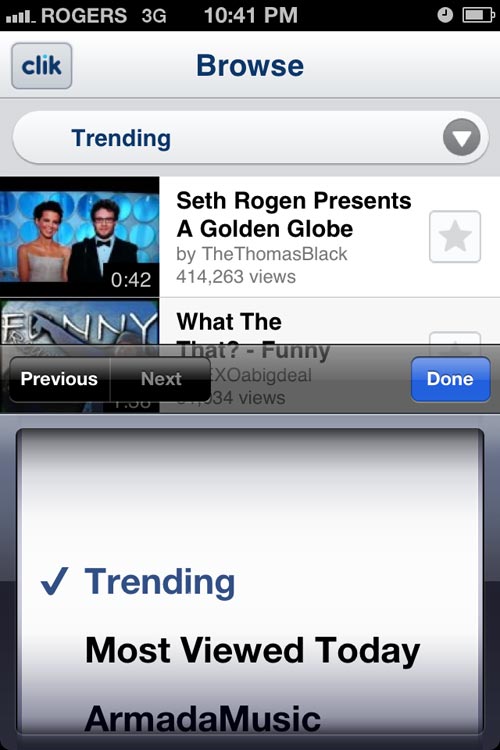