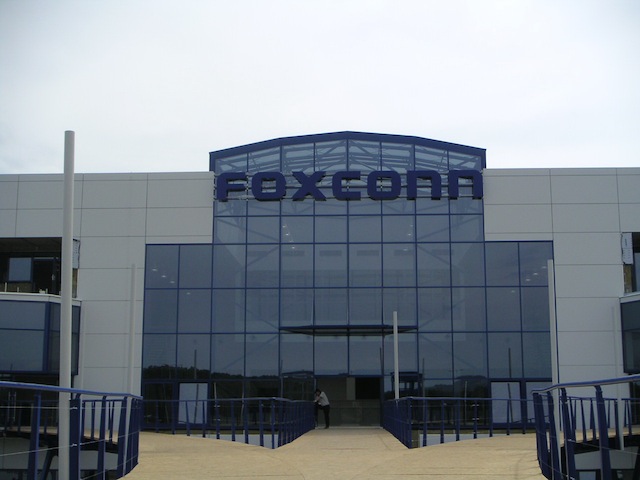 Taiwan-based Foxconn, a major supplier for Apple, has just brought on a new wage increase by about 16-25%. Since 2010 there has been a total of three pay raises for its Chinese workforce, with junior level workers making around 1,8000 yaun a month (or about $285). Workers who pass a technical exam can make even more, up to about 2,200 yaun, or roughly $350 US dollars. While this might be higher than most other Chinese factories pay, it doesn’t change the fact that Foxconn is highly criticized for its unethical work practices that Apple adamantly denies.

It seems all to convenient that this pay increase comes right on the heels of a new inspection by FLA, paid by Apple, to look over the company’s work practices and ethics at Foxconn.

We’ve all more than likely heard the many horror stories that surround Apple’s biggest supplier, the Foxconn factory in China. Based on what we know, calling it a ‘sweatshop’ doesn’t even been to cover how awful a place to work it really is. There have been complaints about forced over-time equaling more than 70 hours a week, people dying in factory explosions, and even employees committing suicide.

The President of the nonprofit group, Auret van Heerden, recently took a tour of the facility and came to the conclusion that the conditions seemed quite good, in fact above many other businesses he has inspected in China. He affirmed that based on his guided tour, the place isn’t a sweatshop at all.

Yes, because you can really trust a guided tour to give you an accurate everyday picture. Foxconn wouldn’t threaten to fire its workers for giving a bad impression or anything, right? It just seems a little odd that the clean bill of health would be given before all the evidence is gathered and all the employee interviews are conducted.

Human rights advocates are very upset with the initial impressions and comments put out by FLA. In fact, since releasing these initial reports some concerned Apple users have launched petitions on the websites like SumofUs.org and Change.org, calling for Apple to improve worker protections and have even began to protest out in front of some Apple Store locations.