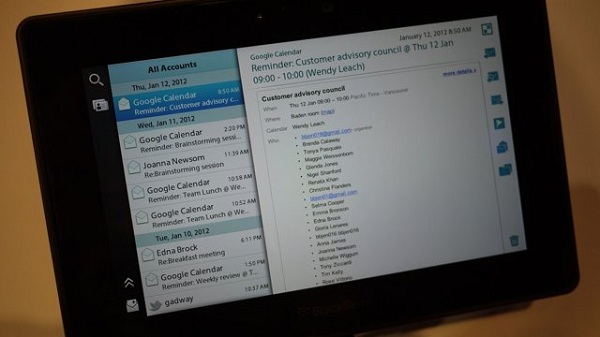 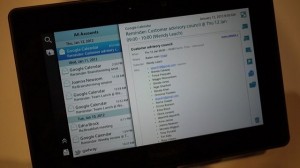 The BlackBerry PlayBook has been a disaster for Research in Motion. But the tablet’s users are waiting anxiously for the arrival of the BlackBerry PlayBook OS 2.0 upgrade which is expected to bring a few fixes as well as new features. Earlier, we heard rumors that the latest OS version will arrive next week and now we have confirmation on the launch date. According to the latest reports, the OS upgrade will be rolled out on Tuesday, February 21st.

The new info comes via a webcast about “Developing native games with the BlackBerry NDK 2.0″, during which RIM announced that they are “planning on releasing OS 2.0 on the 21st”. So it’s finally going to arrive. Hopefully there won’t be any problems associated with the rollout.

The 2.0 upgrade is coming with some much needed features including native e-mail, calendars, and contacts apps. As these features were not available when the tablet launched, users were forced to find solutions such as connecting their BlackBerry handsets to their PlayBooks.

You will also get to play with a few Android apps, but the bad news is that the BlackBerry Messenger app will still be missing. Also expected is an updated version of Bridge (BlackBerry Bridge 2.0) which will allow you to remotely control your PlayBook via your BlackBerry smartphone.