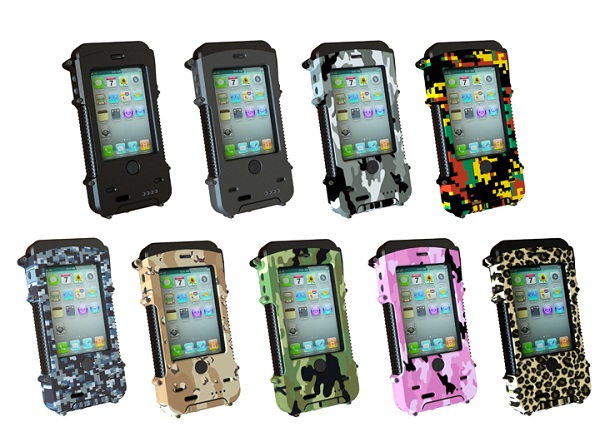 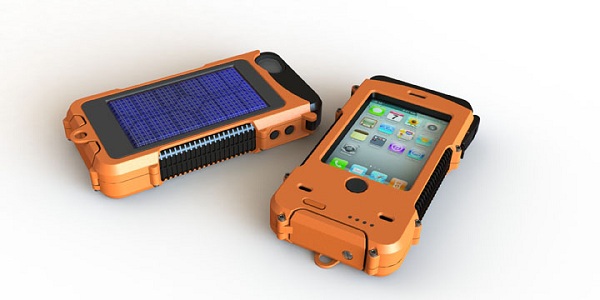 Although many believe that there is no need for a case for the iPhone, we think that’s a really bad idea. That is why we let you know whenever an awesome case is introduced. The new product that you see above is the AQUA TEK S case for iPhone 4 and 4S from Snow Lizard Products, and it does more than just protect your iPhone from falls and hits.

The AQUA TEK S is waterproof and boasts a dirt resistant poly-carbonate ruggedized casing, which promises protection for your iPhone during your roughest treks. You can dive with it up to a depth of 20 ft (6 m) and it will be comfortable in the hands all thanks to the rubber grips.

The new case also features a solar panel on its back that will recharge a built-in battery to ensure that your device has an extended life. Meanwhile, the phone can be recharged and synched by opening the thumb screw at bottom of the case. The case’s battery has not yet been finalized, so the unit’s capacity is not available at the moment. But all that protection will make your device a bit bulky, but that’s always better than a broken iPhone.

And there are the usual cut-outs which will allow you access to the device’s touchscreen, volume buttons, speakers and the camera. The case will be available in nine different colors including Signal Orange, Black Night, Urban Camo, Reggae Camo, Navy Camo, Desert Camo, Jungle Camo, Pink Camo and Leopard.