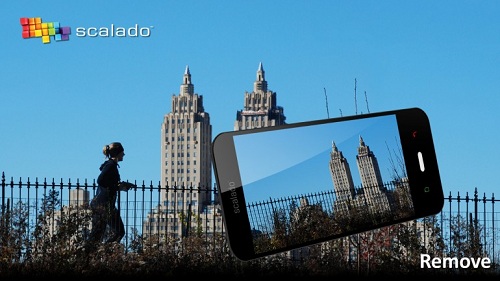 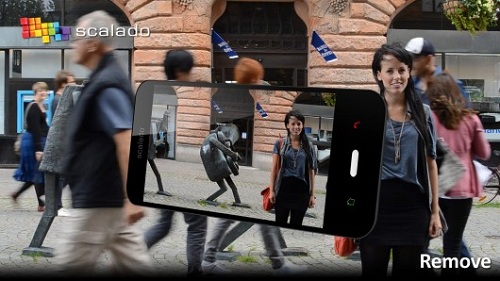 If you don’t want random strangers crowding your precious photographic memories, check out what Swedish photography firm Scalado has come out with.  The app called Remove, claims to be the world’s first optical removal software for smartphones.  Scalado says the new app will help you remove unwanted moving subjects from your photographs. It works just like you would imagine it to. The Remove app takes burst of shots in succession, you will have to keep the camera still on the person or thing you are taking a photo of. It then recognizes the moving objects in the frame by comparing the different shots, then it will highlight the objects in motion allowing you to select the ones you want to be removed. The final product will be a perfect photo of just your dear loved ones.

Just in case you are wondering, the background being blocked by an unwanted person is not lost in the process. The app selects the bit of background from another shot. But the only problem is that the app won’t be highlighting strangers who are standing still. It won’t be an app which can be downloaded, but software coming with smartphones. Hopefully there will be a partnership between Scalado and all the big smartphone manufacturers soon.

Unfortunately, the app is currently a prototype and the final version expected to be shown off at the upcoming Mobile World Congress in Barcelona, Spain, later this month.

Check out the video to take a peek at how the app works.