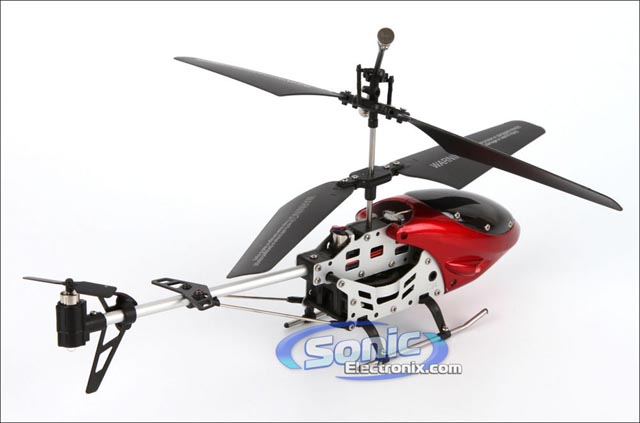 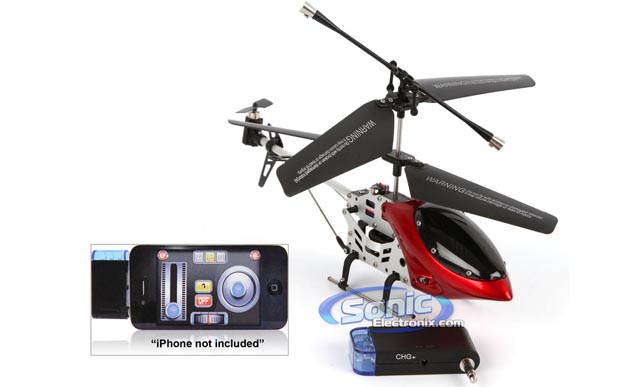 When most people think about Swann, they think about the company’s family of security cameras. Well, it’s clear that Swann is interested in expanding its scope, including GoPro killers and R/C toys. And so, the three radio controlled mini helicopters announced last month are now shipping for your iPhone-navigating pleasure. Say hello to the i-FlyHeli.

I know what you’re thinking. This is going after much the same market as the Parrot AR Drone and that’s probably true, except these aren’t quadrocopters; they just have the two stacked rotors. There’s apparently three different versions of the RC helis, two of which come with onboard cameras for recording both stills and videos.

Sure it’ll work with the boxed IR remote, but the iPhone, iPad, or iPod touch app seems well, more interesting. You’ll need the appropriate adapter though. There is also an app for Android that does the same. You can expect about eight minutes of airtime per charge. The i-FlyHeli is currently on sale for $45.99 from Sonic Electronix, down from the list price of $99.99. That includes free ground shipping to the lower 48 states. 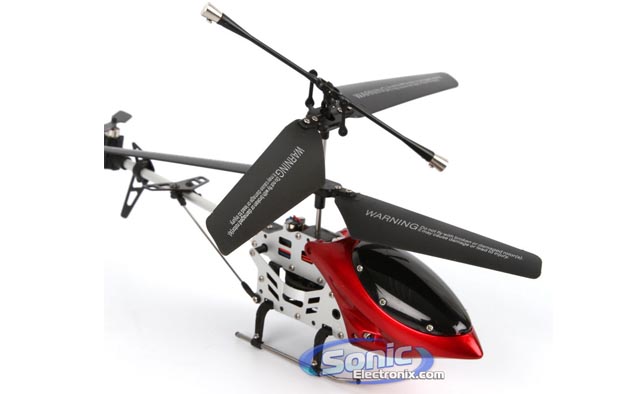