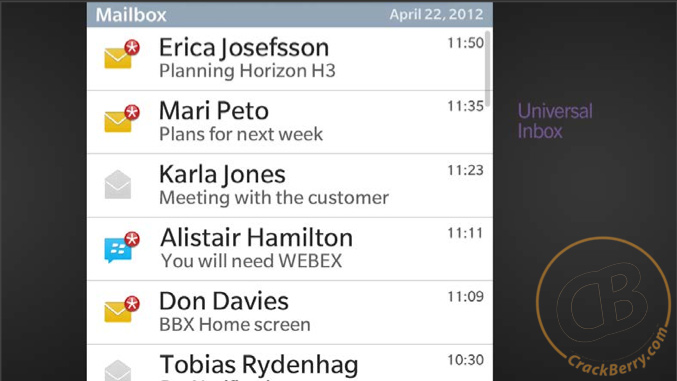 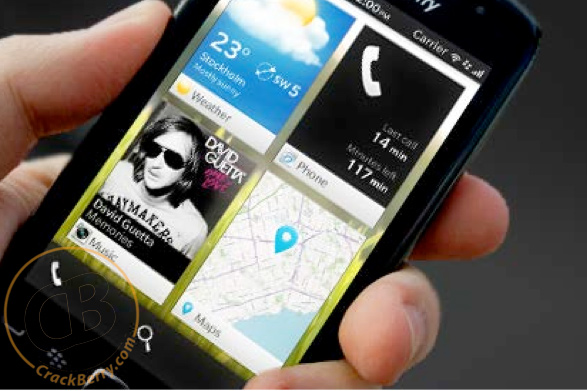 Research in Motion, for most intents and purposes, is putting all of its eggs in this tenth basket. And now, we’re getting our first real look at what we can expect from the aforementioned basket. Shown here are a few leaked images depicting the user interface on BlackBerry 10 OS, a platform that is set to make its debut with BlackBerry smartphones a little later this year.

I don’t know about, but BlackBerry 10 OS is looking a lot like Android to me. They’re introducing homescreen widgets for the first time, for instance, giving you that same kind of widgetized appeal as Google’s smartphone OS. You could also say that the panels remind you of Windows Phone (Live Tiles) in some ways too. The leak comes by way of a document for “how to position BlackBerry 10 in future advertising campaigns.”

You’ll also notice that the app tray has been redesigned too, making it both cleaner and more functional. A folder of apps shows thumbnails of some of the apps housed within, for instance. The universal inbox, borrowed from PlayBook OS 2.0, makes an appearance too.

Is this a matter of too little, too late? Or will RIM surge back into prominence with BlackBerry 10? Do these initial screens excite you? Or do they scream of a smorgasbord of everything that’s already out there. 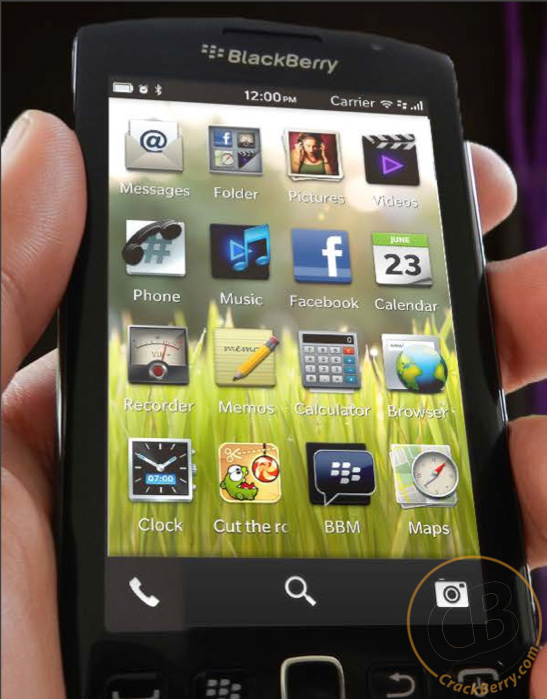 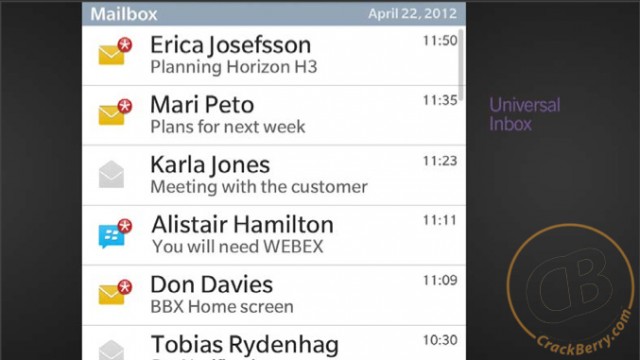 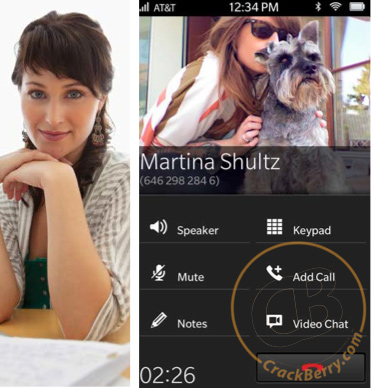